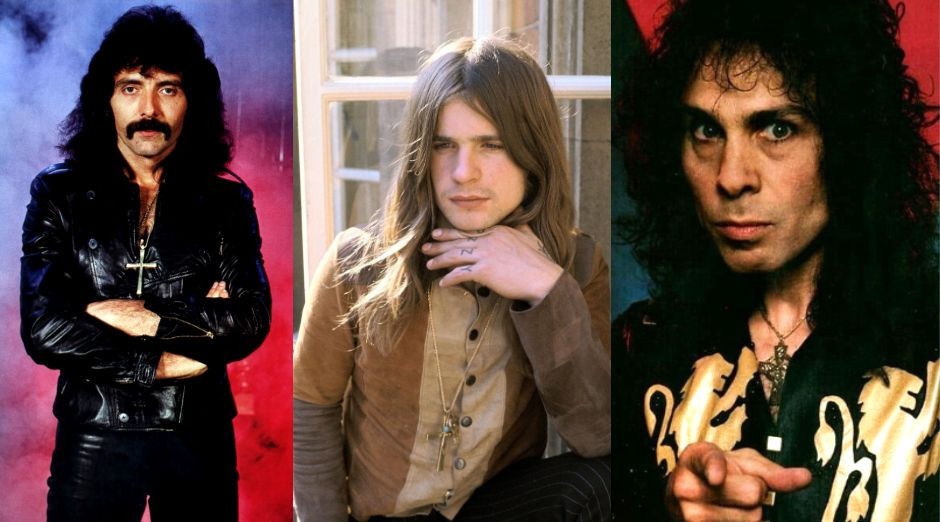 Black Sabbath is certainly the biggest Heavy Metal band of all time. Ozzy Osbourne, Tony Iommi, Geezer Butler and Bill Ward created the genre as we know today, taking rock and roll to another level, a heavier one. When the self-titled album was released in 1970 music fans were in shock due to the heaviness of the sound and the lyrics that spoke about death, satan and black magic.

Every Sabbath fans knows classic like “Iron Man”, “Paranoid”, “War Pigs”, “Heaven & Hell” and “Mob Rules”. But, there are some great songs hidden in all their albums that are less remembered.

This amazing Black Sabbath final track song was actually a cover of The Aynsley Dunbar Retaliation. That includes an amazing Iommi, Geezer and Ward jam. Especially the incredible Tony Iommi solo in the middle of the tune. Surprisingly the debut album reached number eight on the UK and 23 on the Billboard charts.

The classic cover of the album show a depiction of Mapledurham Watermill, situated on the River Thames in Oxfordshire, England. Standing in front of the watermill is a figure dressed in black that looks like a Witch.

This amazing track from the 1972 album Vol.4 that was elected by Frank Zappa and John Bonham their favorite Sabbath tracks. The tune has an amazing Bill Ward solo in the middle, that turns the Heavy Metal song into almost a Brazilian Carnival.

“After Forever” (Master Of Reality)

This classic song has controversial lyrics and an amazing bass line that builds during the song. At the time, some viewed Black Sabbath as Satanists (which the band had consistently denied) due to their dark sound, image and lyrics.

From the classic album Sabbath Bloody Sabbath, this song is not so heavy as other tunes, but certainly has it’s place in the band’s discography. It was the band’s first album to be critically acclaimed at the time, being hailed by Rolling Stone magazine as “a great success” and “a good work”.

This song is just simply amazing. Probably the best instrumental Sabbath song with an awesome choir formed by English Chamber Choir. The album Sabotage was recorded in the midst of litigation with their former manager Patrick Meehan. Due to the stress that resulted from the band’s ongoing legal woes infiltrated the recording process, inspiring the album’s title.

“Symptom of the Universe” (Sabotage)

This is definitely one of the best Tony Iommi riffs, and probably one of the coolest of all time. Fast and heavy, “Symptom of the Universe” is the best Sabotage tune that until today remains a classic, but unfortunately not well remembered by everyone. Also the riff is considered to be a structural and sonic predecessor to Thrash Metal.

This song is a rarity. One of the few Sabbath songs from Ozzy era that weren’t sung by him. Bill Ward is the responsible to sing the ballad “It’s Alright”, that he wrote. Initially reluctant to sing the song for fear of offending Osbourne. But he was encouraged by the band to do it. Ward’s voice and the softness of the song can make people believe that is not a song from the band. However it is and has a fantastic Tony Iommi solo.

And so it begins the Ronnie James Dio era on Black Sabbath. Since it is impossible to find an unknown song in a classic album like Heaven & Hell, the first one with the singer, on Mob Rules there are some forgotten ones like the strong “Voodoo”. The song was released as a single and appeared on the 46th place of US Mainstream Rock.

If you don’t remember, Deep Purple‘s Ian Gillian also sang on Black Sabbath, in the album Born Again. However, the album was not well received by fans and critics at the time. But, “Zero the Hero” is aforgotten song of the album that should be played loud.

“In For The Kill” (Seventh Star)

This song has a killer intro that is just a punch in the face of the listener with amazing vocals by the Ex-Deep Purple, Glenn Hughes. The song on the album Seventh Star which also features Geoff Nicholls (keyboards), Eric Singer (drums), Dave Spitz (bass), besides Tony Iommi, the only Sabbath original member.

The Seventh Star album was the first release without bassist and primary lyricist Geezer Butler, who left the band in 1984 after the Born Again tour. It should have been Tony Iommi’s solo album, but pressures by Warner Bros. Records and the prompting of band manager Don Arden, the record was billed as Black Sabbath featuring Tony Iommi.

Another catchy song of the album is certainly not very similar to the classic sabbath era’s, but is a good hard rock song, that shows that Tony Iommi can also make good songs that are not so heavy.

The reunion album that resulted on a huge tour for years around the world with Ozzy, Geezer and Iommi, that didn’t had Bill Ward that was replaced by Ozzy’s touring drummer Tommy Clufetos, has many great songs like “God Is Dead” and “End of The Beginning”, but the tune “Age Of Reason” brings back that classic Dio Sabbath tone and all it’s power! In addition, the drums of the album were recorded by Rage Against The Machine drummer, Brad Wilk.