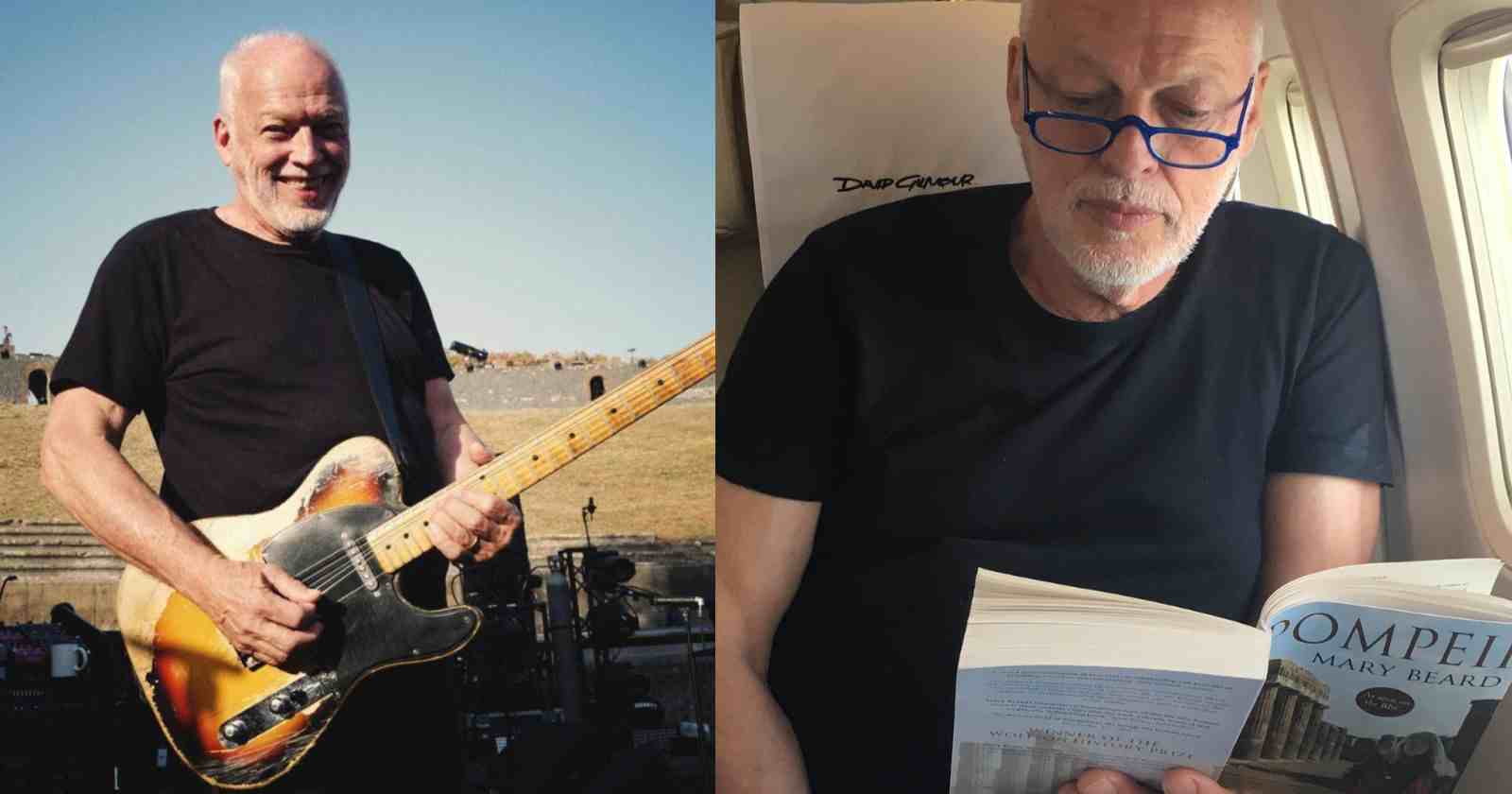 Pink Floyd guitarist and singer David Gilmour is often considered one of the best guitarists of all time, especially for putting all his emotions on the guitar sound. But over the decades the musician also expressed in words many incredible and funny reflections about life and music in interviews. Rock and Roll Garage selected selected 12 of his best quotes about life and music gathered by Famous People.

1 – “The second time you see something is really the first time. You need to know how it ends before you can appreciate how beautifully it’s put together from the beginning.”

2 – “I mean that it’s all right to go to bed with an asshole but don’t ever have a baby with one.”

4 – “It’s a magical thing, the guitar. It allows you to be the whole band in one, to play rhythm and melody, sing over the top. And as an instrument for solos, you can bend notes, draw emotional content out of tiny movements, vibratos and tonal things which even a piano can’t do.”

5 – “I can’t help other people’s frustrations. I don’t owe people anything. If people would like to come to my concerts, I’d love them to come. And if they like the music that I make, I love that, too. But I do not make music for other people. I make it to please myself.”

6 – “I think a guitar solo is how my emotion is most freely released, because verbal articulation isn’t my strongest communication strength. My wife thinks that I should do interviews by listening to the questions and playing the answer on guitar.”

7 – “I think I could walk into any music shop anywhere and with a guitar off the rack, a couple of basic pedals and an amp I could sound just like me. There’s no devices, customized or otherwise, that give me my sound.”

8 – “When a woman tells you she’s had a dream about you, you know what’s going on, don’t you? It means she likes you. It’s her way of telling you that you’re on her mind. Really on her mind.”

9 – “I had a girlfriend once. All we ever talked about was our relationship. That’s what we did instead of having one.”

10 – “It’s a very tempting thing to try and relive your glory days when you get a little older and you worry that people have forgotten all about you.”

11 – “The trick to having a happy life is being good at something.”

12 – “When you realize that you have a little germ of an idea that has – I suppose I can only say, has to me – a little taste of magic to it. You have this idea that there are millions, literally, of people listening to it at the same time as you and that little strange telepathy of a feeling that you’re sharing something live with all those people.”