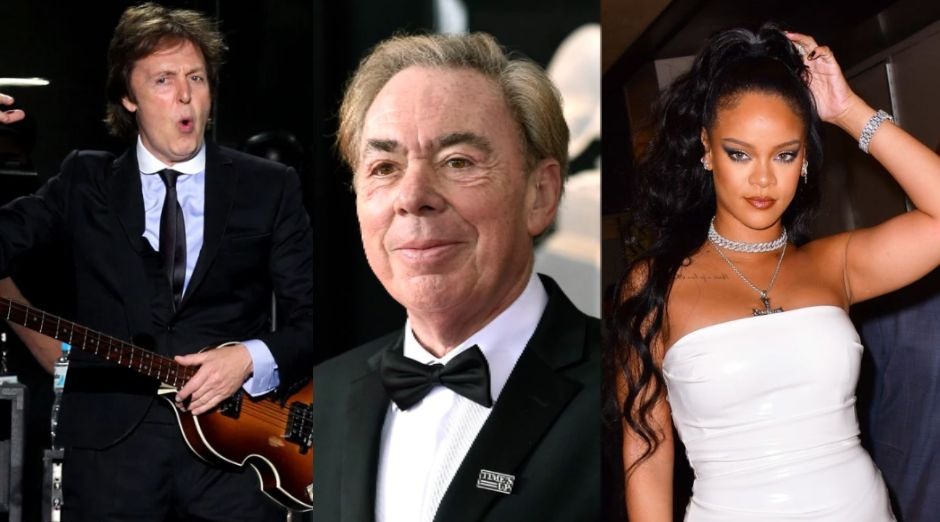 Former Beatle Paul McCartney, 77, and composer Andrew Lloyd Webber, 72, top the UK’s list of the richest musicians, both with a £ 800 million fortune . Meanwhile, Rihanna joined them on the Sunday Times list.

Lloyd Webber led the list alone in 2019, with a fortune of £ 820 million. However, it is estimated that he made a loss of £ 20 million after the Covid-19 pandemic, which closed his theaters in West End and Broadway.

Meanwhile, McCartney’s fortune has increased since last year, with the aid of 29 shows and a new album at the top of the charts: Egypt Station. The work marked the 17th of the former Beatles and the first since New (2013). With 16 tracks recorded between Los Angeles, London and Sussex, the album was produced by Greg Kursin, with the exception of a track, “Fuh You,” which was in the hands of Ryan Tedder. the singer explained that the name of the album was inspired by a painting he painted and carries the idea of ​​transporting the fan on a multi-destination trip, exploring each song as a stop on the journey of listening and understand the disc.

The newspaper said that these artists “are self-taught people, with a humble and even problematic start to life, but who work exceptionally. Still 32, if Rihanna stays in the UK, she could beat Paul McCartney and Andrew Lloyd Webber, becoming the first billionaire on the list”. However, the coronavirus outbreak destroyed this year’s concert plans, so the wealth of many musicians could remain stable.