Rock and Roll’s main instrument is the guitar. The history of the genre was made through the sound of many iconic guitars that accompanied legendary guitarists in their careers. Far Out Magazine made a list of the 10 most iconic of all time.

The 10 most iconic guitars in rock history 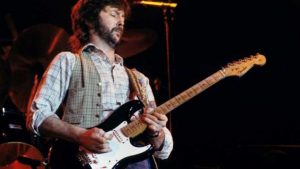 Blackie was the nickname Eric Clapton assigned to his favorite Fender Stratocaster. In 1970, Eric Clapton, largely due to the influence of Jimi Hendrix and Steve Winwood, abandoned Gibson guitars in favor of Fender models. His first guitar was nicknamed “Brownie”. Due to its sunburst finish, was used on the albums Eric Clapton and Layla and Other Assorted Love Songs.

Blackie was made up of three other Fender Stratocaster owned by Clapton. Which used the best part of each of the three to assemble the “perfect” Strato. On June 24, 2004, the original Blackie was recently auctioned in favor of Crossroads. A drug addiction rehabilitation and recovery institute created by Eric Clapton for approximately U$ 959,500. 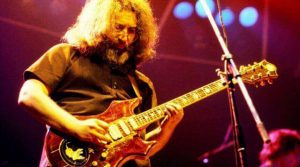 Named by Grateful Dead‘s Jerry Garcia “Tiger”, it was his main guitar from 1979 to 1989. It was designed and built by Sonoma County luthier Doug Irwin. The instrument was commissioned by Garcia in 1973 following delivery of Wolf. It was his first major Irwin-built guitar. Upon commissioning the instrument, Garcia enjoined Irwin to “make it the way he thought was best. And don’t hold back.” 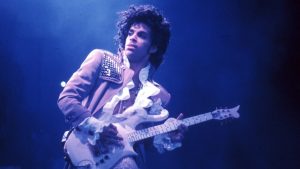 Of all the instruments that Prince played throughout his career, the iconic Cloud Guitar has one of the most alluring and mysterious backstories. The Guitar was first presented to the public’s consciousness as the object of The Kid’s affection in Purple Rain. Also the way Prince’s character in the film pines after the distinctive satin curves of the guitar as it sits in a display window speaks to just how mesmerized he was by this instrument. 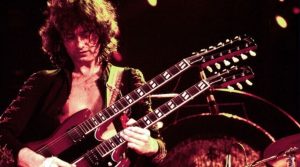 Gibson EDS-1275 is a Gibson double-neck guitar launched in 1963 and still in production. Popularized by jazz and rock musicians, it was considered “the coolest guitar in rock”. The guitar has two buttons for volume and tone controls. Also with chrome hardware the neck is 24¾ inches, the body is made of mahogany. The final model of the EDS-1275 guitar was made in cherry for Jimmy Page. It is also made in alpine white (with gold hardware). Also brown (with gold or chrome hardware) 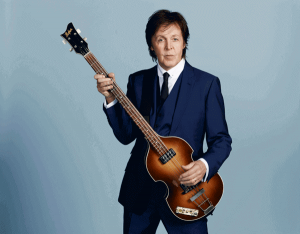 The Höfner 500/1 bass violin is a hollow bass guitar manufactured by Höfner in several varieties. It was introduced in the mid-1950s and gained celebrity status during the 1960s. As one of the primary bases used by Paul McCartney of the Beatles. McCartney would acquire two original models from 1961, and in 1963 the company gave him an updated model from the year 1962. 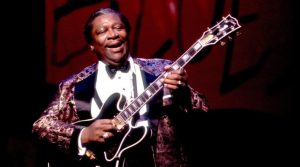 Lucille is the name B.B. King gave to his guitars. They were usually black Gibson guitars similar to the ES-345-355. The legend goes that in the winter of 1949, King played at a dance hall in Twist, Arkansas. The hall was heated by a barrel half-filled with burning kerosene set in the middle of the dance floor, a fairly common practice at the time. During a performance, two men began to fight, knocking over the barrel and sending the burning fuel across the floor. The hall burst into flames and was evacuated.

Once outside however, King realized that he had left his guitar inside so he went back into the burning building to retrieve his beloved $30 Gibson guitar. King learned the next day that the two men who started the fire had been fighting over a woman who worked at the hall named Lucille. King did not know Lucille but named that guitar, and every guitar he subsequently owned, Lucille, as a reminder never again to do something as stupid as run into a burning building or fight over a woman. 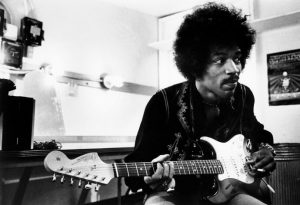 The electrifying song “Voodoo Chile” that popularized the Stratocaster guitar and it’s enormous sonic flexibility, the Jimi Hendrix Stratocaster had an incendiary sound. Also for distinct “inverted” strings that Hendrix used, since he was leftie.

The basis of Jimi Hendrix’s sound and unique playing style was to “transform” a right-handed guitar into a left-handed guitar, inverting the position of the guitar and the strings. Resulting in the inverted headstock and bridge pickup. 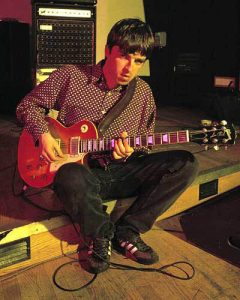 Despite Johnny Marr once confirming that the sunburst 1960s Gibson Les Paul he gave Noel Gallagher was formerly owned by The Who’s Pete Townshend, the Oasis guitarist wouldn’t exactly treat it with respect.

Noel Gallagher wrote the Oasis song ‘Live Forever’ on the guitar but its story wouldn’t end there. No, while Oasis were on tour something happened to the guitar and, in fairness, it is something you’d expect to happen on an Oasis tour. While they were performing someone had jumped up on stage and started a fight with Liam. Noel saw his brother under attack and acted like any big brother would and routinely hit the guy over the head with his guitar. 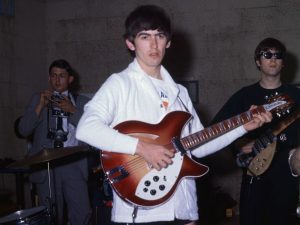 Although the last thing the red-hot Beatles needed in early 1964 was a “secret weapon.” That’s exactly what they got when George Harrison received his first Rickenbacker 12-string. In a beautiful Fireglo finish, in February of that year, during the Beatles’ first U.S. tour.

The guitar was given to him by Francis C. Hall, owner and president of the California-based Rickenbacker company. Which is now celebrating its 85th anniversary.Hall spoke to Brian Epstein before the Beatles arrived in the U.S. and arranged a meeting with the group. On February 8 at the Savoy Hilton in New York City, he showed the band several different models. Lennon tried out the 360/12 but thought it would be better for Harrison, who was sick in bed at the Plaza Hotel. When Harrison finally got to see it, he loved it immediately. 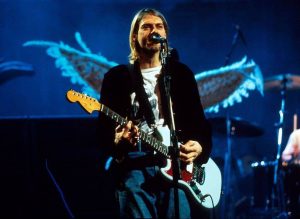 The Fender Jag-Stang is an electric guitar designed by Kurt Cobain, from the band Nirvana. Intended as a mixture of two electric guitars from Fender: Jaguar and Mustang. Cobain proposed his idea of ​​the instrument to Fender. Resulting in two left-handed prototypes built by then head builder of Custom Shop, Larry L. Brooks. Of which one was played by Cobain himself.