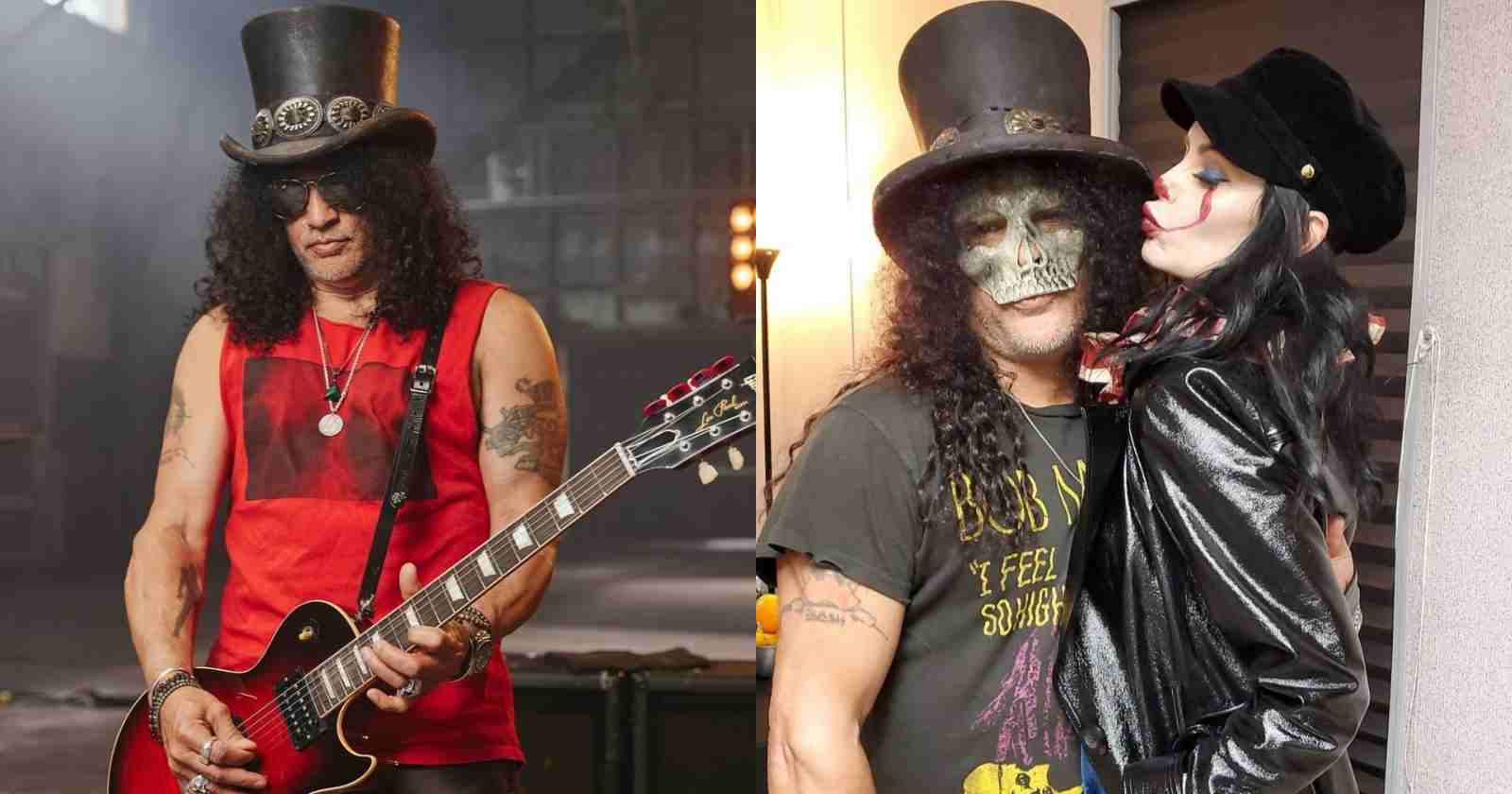 Besides being one of the most influential guitarists of the last decades, the Guns N’ Roses musician Slash is also a big horror movies fan.  In an interview with SFX in 2012 (Transcribed by Rock and Roll Garage), the guitarist listed his 10 favorite horror films and explained why they are so good.

“I think ‘The Omen’ is the first one on my list. It was a movie that I saw when it came out. So I had to have been, I’m not sure, probably 8 or 9 years old or something like that. It’s Gregory Peck and Lee Remick. It is a major motion picture. It’s not like this little tiny things, it is a big production.”

“But it’s really a great story, great characters. The villain in the movie of course is Damien who is the antichrist and born into a political family, fantastic,” Slash said.

The movie Richard Donner’s (director) first blockbuster, that paved the way for his career that later had other successful movies like “Superman” (1978), “The Goonies” (1985) and four “Lethal Weapon” films.

“It’s a movie that I saw prior to that (The Omen) when I was a little bit younger called ‘The Exorcist’ which is an infamous movie for scaring the shit out of people in the early 70s. It sort of doesn’t need much introduction. It’s basically a demon, Linda Blair’s possessed. There is a couple of priests who try to exorcise the demon. Really great movie,” Slash said.

Another famous musician that is also a fan of the classic William Friedkin movie is the original Queen bassist John Deacon, who said in an interview with Music Star back in 1974: “My current favourite is ‘The Exorcist’. I found it rather funny.”

“I’d read so many horrific reivews I was convinced it was going to be terrifying. But it wasn’t at all! Everyone in the cinema was laughing at some of the scary bits! But I suppose it would be a bit terrifying to some people.”

“The next one on my list is the original ‘Dracula’. Bela Lugosi it’s pretty much the best version of that movie ever made. Of course is the 1930s original, but it’s Dracula’s story,” Slash said.

Dracula was the first movie of the classic monsters films produced by Universal Pictures in the early 30s to be released. It was a success with critics and audience. The studio also released a few months later “Frankenstein” and one year later “The Mummy”, both with legendary actor Boris Karloff.

“Another great movie which a lot of people consider a science fiction movie but I still consider a horror movie is the original ‘Alien’. The first Alien, which is probably one of the best scary movies ever made. Everybody is probably familiar with that. But it’s when a space crew goes out to space and land on this planet and they pick up more or less a extraterrestrial parasite,” Slash said.

The first sci-fi movie directed by Ridley Scott, “Alien” became an instant success and had several sequels. Also being adapted to videogames and TV shows.

“My next favorite movie is the first movie that I saw, the night that I moved into Los Angeles, the first night that I landed in L.A. The original King Kong. Another 1930s classic about a mega gorilla.” (laughs), Slash said.

In 1991, it was deemed “culturally, historically and aesthetically significant” by the Library of Congress and selected for preservation in the National Film Registry.

“A movie that I saw with ‘The Exorcist’ as a double feature it’s ‘The Night of The Living Dead’, which is probably one of the first great zombie movies,” Slash said.

Directed by the legendary George A. Romero, “The Night Of The Living Dead” was the first movie to show the modern flesh eating zombie. Before Romero’s film, the zombies were presented only as people who were in some kind of spell and had to obey the orders their ‘master’.

“The next movie isn’t necessarily considered a horror movie. But you know, any movie involving a man-eating giant shark is pretty horrific to me and that’s ‘Jaws’. So I think is probably one of the most original blockbusters ever made,” Slash said.

Steven Spielberg’s third movie, “Jaws” costed 9 million dollars and made more than 472 million dollars. It was the highest-grossing movie until the release of “Star Wars” in 1977.

“The next movie I have is something that came out not too many years ago called ‘The Strangers’ which is with Liv Tyler, if you can believe that. That was one of the scariest movies I’ve seen in the last ten years,” Slash said.

Released in 2008 and starring Steven Tyler‘s (Aerosmith vocalist) daughter Liv Tyler, the movie became a cult classic. It was a box-office success and received mixed reviews.

“The next one is Alfred Hitchcock’s ‘Psycho’ which is an all time classic made by one master horror directors. At least in my lifetime,” Slash said.

Besides being one of the most influential movies of all time, the also classic music score of the movie composed by Bernard Herrmann inspired George Harrison when he was helping on the arrangement of The Beatles classic “Eleanor Rigby”. Paul McCartney recalled in an interview with BBC in 2021, saying: “When I took the song to George (Harrison), I said that for accompaniment, I wanted a series of E-minor chord stabs.”

“So in fact, the whole song is really only two chords. C-major and E-minor. And George’s version of things, he conflates my idea of the stabs. His own inspiration was Bernard Herrmann, who’d written the music for the movie ‘Psycho.'”

“So George wanted to bring some of that drama into the arrangement. Of course, there is some kind of a madcap connection between ‘Eleanor Rigby’ and elderly woman left high and dry and the mummified mother in ‘Psycho.’”

“The next one and the final movie is a more recent one. Swedish movie called ‘Let The Right One In’, which is a great movie about boy who meets a young girl that happends to be a vampire,” Slash said.

The film received critical acclaim, with praise for the performances of the two leads, the cinematography, screenplay, and direction. In addition, an American remake was released in 2010.