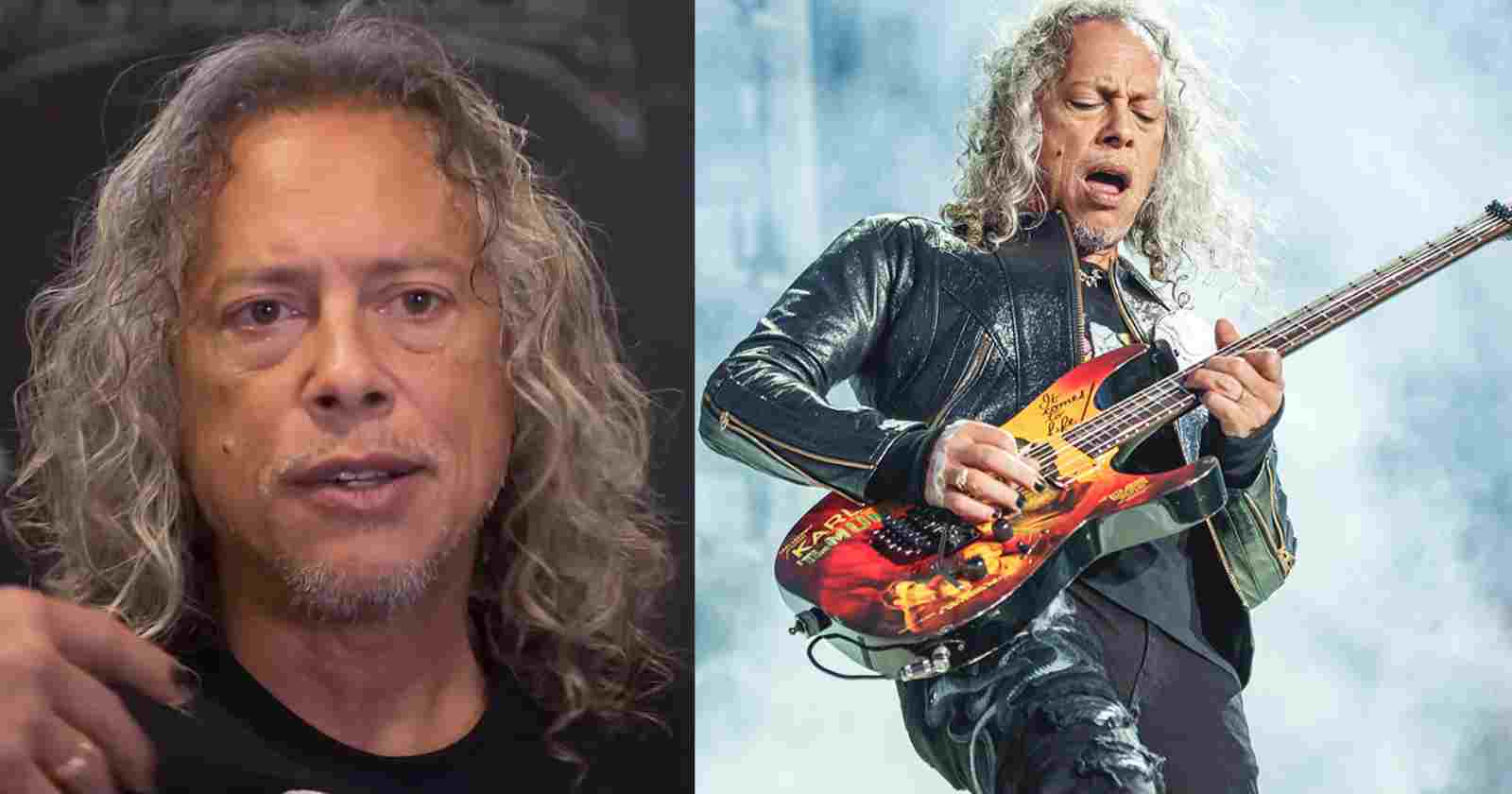 Metallica guitarist Kirk Hammett is a huge horror fan and in an interview with Metal Hammer back in 2019 he listed 10 cult horror movies that everyone should see. The musician explained his choices and said why these films were so good.

“Sometimes I look at these films as time investments: what do I want to invest my time in?” he ponders. Do I want something really scary, or something campy, or something action-packed, or something psychological? That’s how I tend to think when picking horror movies. The reason for that is I’ve spoken a lot about older films and there’s a lot of films out there that I love and respect and need to get the attention they deserve. So that’s pretty much why I picked these!”

The 10 cult horror movies Kirk Hammett says everyone should watch:

“I saw this a long time ago in a movie theatre. I thought it was so creepy and I just revisited it this afternoon because I remembered how crazy it is! It’s a movie that every horror fan should see because it’s under the radar. It doesn’t get talked about as much, but it’s creepy as all heck.”

“It’s about a woman losing her mind, and her eventual spiral into complete insanity. It’s a great investment of 90 minutes or so! The underlying tension of the whole film never lets up, there’s so much anxiety, you’re so on edge being in the mind of this woman who’s totally nutso.”

“In The Mouth Of Madness is another movie that I just love. It’s from John Carpenter, an incredible movie based on Lovecraftian horror. I just love movies that involve books that are forbidden, that contain secrets that can bring down the entire world!”

“This movie does that, but a little bit differently: it’s about an author who writes these horror books and the books start becoming real, he starts seeing characters from his books. It leads to a crazy final scenario in this mansion – I’m all into haunted houses and dark, foreboding mansions, spooky castles with creatures in it… I just love all that stuff!”

“I don’t really believe in ghosts, but I do believe in ghost stories! This is a really great movie, based on an epic book by Peter Straub, so the tale itself has a lot of depth. It’s about a little girl, and it’s as spooky as hell. Peter Straub is one of my favourite horror authors, and the book, for me, is one of the scariest books I have ever read, neck-and-neck with The Shining.”

“It made a great film – with Fred Astaire, no less! – but I’m still waiting for someone to really step up and make the proper full version. There’s this one scene which involves an old Ford Model T… I don’t want to give away too much here, but that’s one of the better scenes!”

“There are some really great, highly original horror films coming out that I need to speak on, and this is one of them. I thought A Quiet Place was just the greatest freakin’ movie. It had a completely different concept; it was an assault on a person’s ability to make sound.”

“That movie is like how it would be if it was suddenly dangerous to communicate, to make sounds or whatever. Honestly, this is such a great film. There’s these creatures that come to earth and hunt anything they can find that makes a sound, so if you just whisper, or burp or something, these flying creatures will swoop down and snack! You need to watch it!”

“Since we’re on the subject of weird characters, this is another really great movie that I saw recently and I can’t really get over. It’s a Kevin Smith movie about a guy who’s obsessed with walruses, and he turns this guy into a walrus! Ha ha ha! And you know, the more unbelievable it is, even though it’s so out-there, I just love that kind of thing. Tusk is just a crazy film that everyone has to see.”

“To me this is one of the most important horror movies to come out in a long time, because it captures exactly what I want to see in a horror movie. It’s that sense of foreboding, like you’re not really sure what’s coming next. It’s bleak, the soundtrack is really great, and a lot of dialogue comes from actual witch trials from that time period.”

“I love stuff like that, it makes it seem that much more real. I like it when you get offbeat characters in horror movies, and the goat named Black Phillip, I think, was one of the better horror characters – I love that, it’s such a great, original idea.”

“Can I talk about a Netflix film? One of the best horror films I’ve seen this year was on Netflix. Things are changing rapidly in the horror genre because it’s now so popular; it’s a great time to be a horror fan. I think Netflix realises that, and has made a bunch of great horror and sci-fi films.”

“The Ritual involves a group of guys who go out on a trip in the woods; it’s a great scenario for something creepy to happen, and of course, something creepy happens! Spoiler alert! There’s a creature in the film that’s so freakin’ cool, and very original in terms of how it acts and moves, how it’s presented,” Kirk Hammett said.

“This one is just so weird: it has this surrealistic quality to it that involves dreams and other dimensions, and it is so frigging crazy! One of the best films I’ve seen this year. It’s about this kid who gets into contact with this evil spirit, and he gets into this weird relationship with the evil spirit where he has to do things to take advantage of what this evil spirit has to offer…” Kirk Hammett said.

“I can’t wait until my kids are old enough for me to show it to them, I’m counting the days, actually. It’s horrific, it’s funny, it’s HP Lovecraft… you just can’t go wrong with Re-Animator. I saw it when it came out in the movie theatre, and bro, everyone in the theatre was making so much noise – hooting, hollering, laughing… it was just the best.”

“This just came out under the radar. It’s kind of a campy horror. This movie actually reminds me of a Hammer film – it looks like a Hammer film, has all the vibes of a Hammer film, but again it’s more psychological than anything else. There’s the girl, she’s an actual witch, and she thinks she’s doing all that she’s doing for love, but it’s actually something else…” Kirk Hammett said.