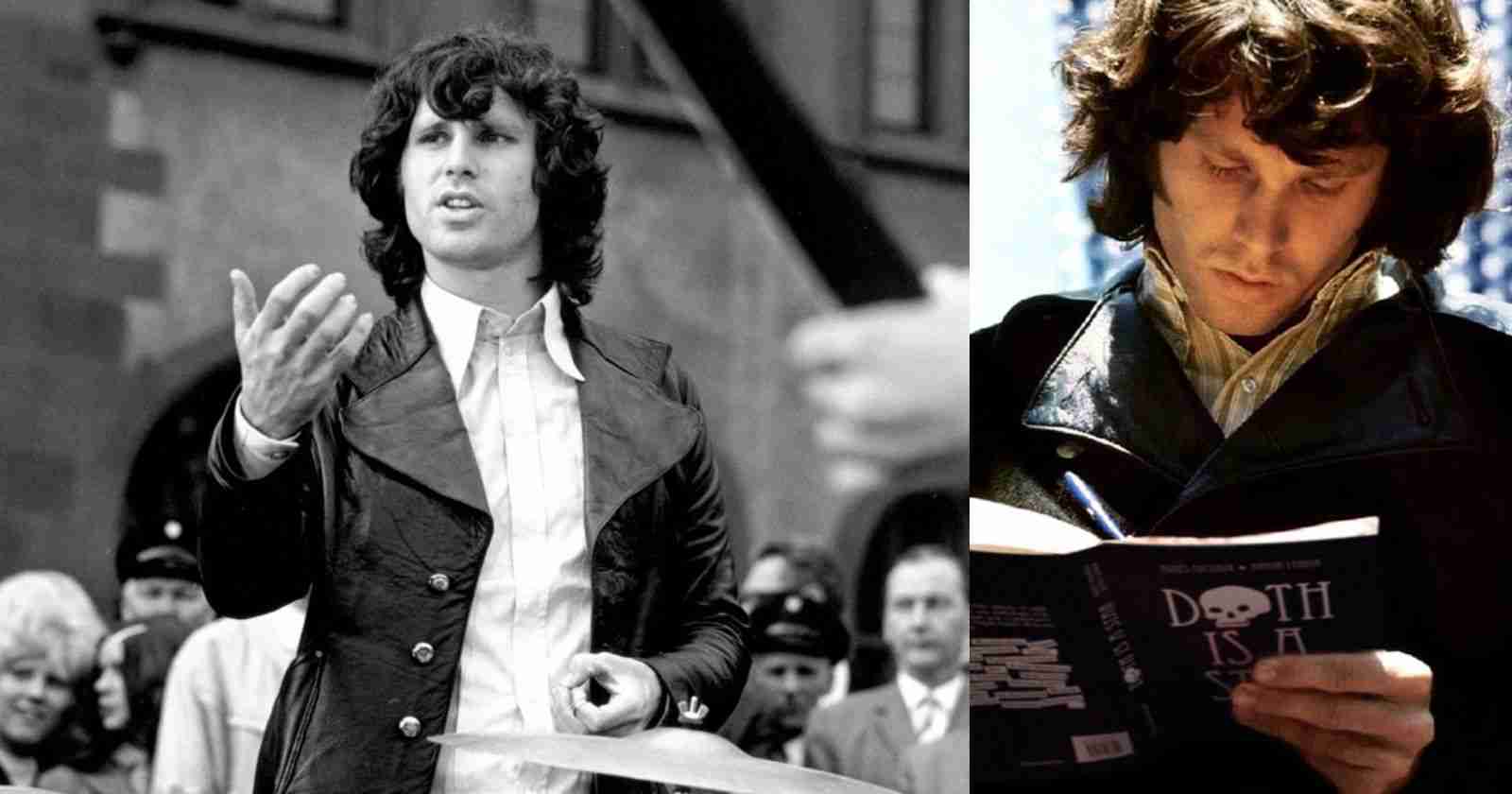 The Doors vocalist Jim Morrison unfortunately died too soon at the age of 27 back in 1971. However during his career he gave many interviews and said a lot of interesting things about life. Rock and Roll Garage selected his 10 best quotes about life.

The 10 best Jim Morrison (The Doors) about life

1- “People are afraid of themselves, of their own reality; their feelings most of all. People talk about how great love is, but that’s bullshit. Love hurts. Feelings are disturbing. People are taught that pain is evil and dangerous. How can they deal with love if they’re afraid to feel? Pain is meant to wake us up. People try to hide their pain. But they’re wrong. Pain is something to carry, like a radio. You feel your strength in the experience of pain. It’s all in how you carry it.”

2 – “Expose yourself to your deepest fear; after that, fear has no power, and the fear of freedom shrinks and vanishes. You are free.”

4 – “That’s what real love amounts to – letting a person be what he really is….Most people love you for who you pretend to be….To keep their love, you keep pretending – performing. You get to love your pretense…It’s true, we’re locked in an image, an act – and the sad thing is, people get so used to their image – they grow attached to their masks. They love their chains. They forget all about who they really are. And if you try to remind them, they hate you for it – they feel like you’re trying to steal their most precious possession.”

5 – “The most important kind of freedom is to be what you really are. You trade in your reality for a role. You give up your ability to feel, and in exchange, put on a mask.”

6 – “A friend is someone who gives you total freedom to be yourself.”

7 – “I see myself as a huge fiery comet, a shooting star. Everyone stops, points up and gasps “Oh look at that!” Then – whoosh, and I’m gone… and they’ll never see anything like it ever again… and they won’t be able to forget me – ever.”

8 – “People fear death even more than pain. It’s strange that they fear death. Life hurts a lot more than death. At the point of death, the pain is over. Yeah, I guess it is a friend.”

9 – “How can I set free anyone who doesn’t have the guts to stand up alone and declare his own freedom? I think it’s a lie – people claim they want to be free – everybody insists that freedom is what they want the most, the most sacred and precious thing a man can possess. But that’s bullshit! People are terrified to be set free – they hold on to their chains. They fight anyone who tries to break those chains. It’s their securityHow can they expect me or anyone else to set them free if they don’t really want to be free?”

10 – “Maybe primitive people have less bullshit to let go of, to give up. A person has to be willing to give up everything—not just wealth. All the bullshit he’s been taught—all society’s brainwashing. You have to let go of all that to get to the other side. Most people aren’t willing to do that,” Jim Morrison said.