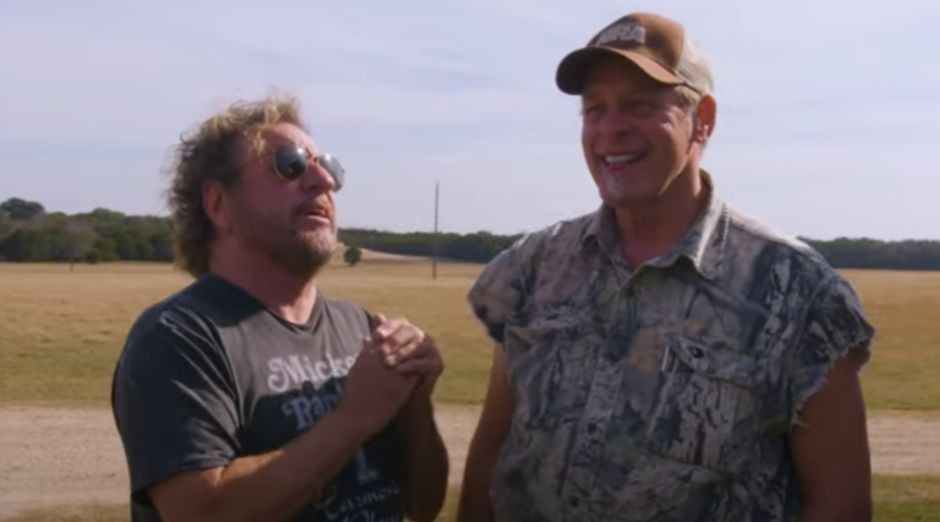 Guitarist Ted Nugent revealed in an interview with Sammy Hagar his favorite guitarist of all time. They talked on Hagar’s show “Rock & Roll Road Trip“.

About his all time favorite guitarist, Ted Nugent revealed:

“I know what that question means, but music is so diverse. If I want a just pure grunt, just a pure sensual grind, I would give it to Keith Richards. He’s the most true musician rock star, he’s 24/7… he must have been drunk on every recording… but he’s in control. It’s a controlled slice [of] nasty primal burp, and I love that stuff!”

Also in the interview, Nugent talked about how he created the guitar solo for “Stranglehold”:

“They said, you know, Ted, ‘Stranglehold’ is awesome, but I don’t think anybody wants to hear a jam with a long guitar solo anymore.’ I’m sitting there, going, ‘Okay, does anybody else have a comment? I had to go back and learn that solo because it was so defined, it was like a vocal”.

Nugent initially gained fame as the lead guitarist of The Amboy Dukes, a band formed in 1963 that played psychedelic rock and hard rock. After dissolving the Amboy Dukes, he embarked on a solo career. He is known for his Gibson Byrdland, his bluesy and frenzied guitar playing and his energetic live shows. Despite possessing a distinctive, wide ranging singing voice, Nugent recorded and toured with other singers during much of his early solo career, including Derek St. Holmes and Meat Loaf.

In later years, Nugent drew attention for his outspoken conservative political views, as well as his strident advocacy of hunting and gun ownership rights. He is a board member of the National Rifle Association and a strong supporter of the Republican Party. He has made a number of controversial and threatening statements against advocates of gun control; in one case, the Secret Service investigated him based on comments about President Barack Obama.