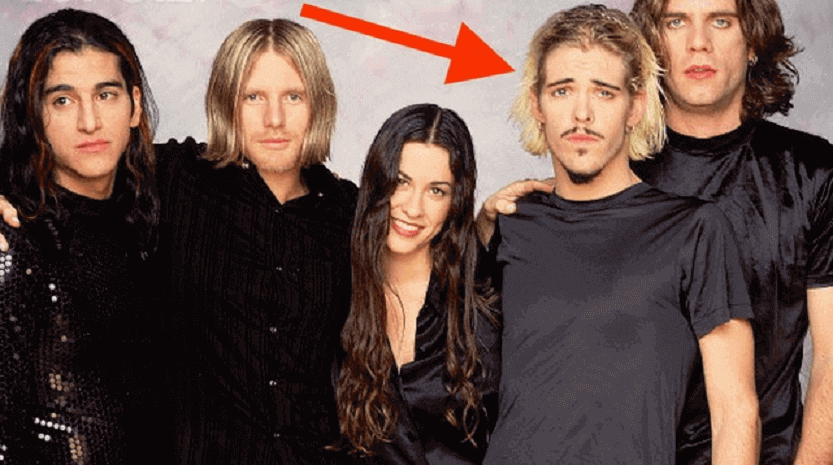 In 1997 Before joining Foo Fighters, the drummer Taylor Hawkins was in the pop singer Alanis Morissette band. He was on her band during 1995 and 1996on “Jagged Little Pill” and “Can’t Not” tours. And he is also on the videos for “You Oughta Know,” “All I Really Want” and “You Learn.”

During a conversation with KLOS 95.5, he talked about those days.

You said once that you’d be delivering pizzas if it wasn’t for her.

“Yeah, I mean I had played with a couple people before that. A lady named Sass Jordan, actually. I was just kinda picking up gigs wherever I could as a drummer-for-hire so I didn’t have to do lawns and stuff.

“And I remember like, putting the cassette in my girlfriend’s car and my girlfriend was like, ‘That’s gonna be huge.’ I was like, ‘Yeah, uh huh.’ Like, you could kinda hear it. And so I joined the band or she put the band together and I was lucky enough to get the gig as the drummer.”

Lennon and Harrison appear in unpublished video of “How Do You Sleep?”
Rudolf Schenker says his brother Michael started playing after he stole his guitar
To Top