A new study reveals that Sir Paul McCartney didn’t write “In My Life” by the Beatles and that the track was actually written by John Lennon.

The song is part of the album Rubber Soul (1965) and was initially credited to Lennon, but a decade after the release, McCartney stated that his partner wrote the lyrics while he was responsible for the melody. Already the late musician, said, shortly before his death, that Paul only composed the bridge and some harmonies. 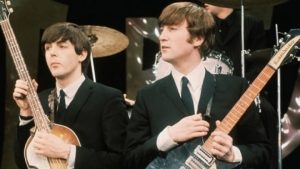 According to the study, there is a chance in 50 that McCartney was telling the truth about his involvement in creating “In My Life.” Harvard professor Mark Glickman and Jason Brown, a professor at Dalhousie University, said he analyzed the frequency and transition of chords beyond the notes used in Beatles songs between 1962 and 1966.

“We wondered if we could use data analysis techniques to find out what happens in music to distinguish whether it was [written] by one or the other … The basic idea is to convert a song into a set of different data structures that are accessible to establish the signature of a song using a quantitative approach (…) The probability of ‘In My Life’ being written by McCartney is .018. Which basically means it’s a Lennon song. McCartney does not remember correctly. ”