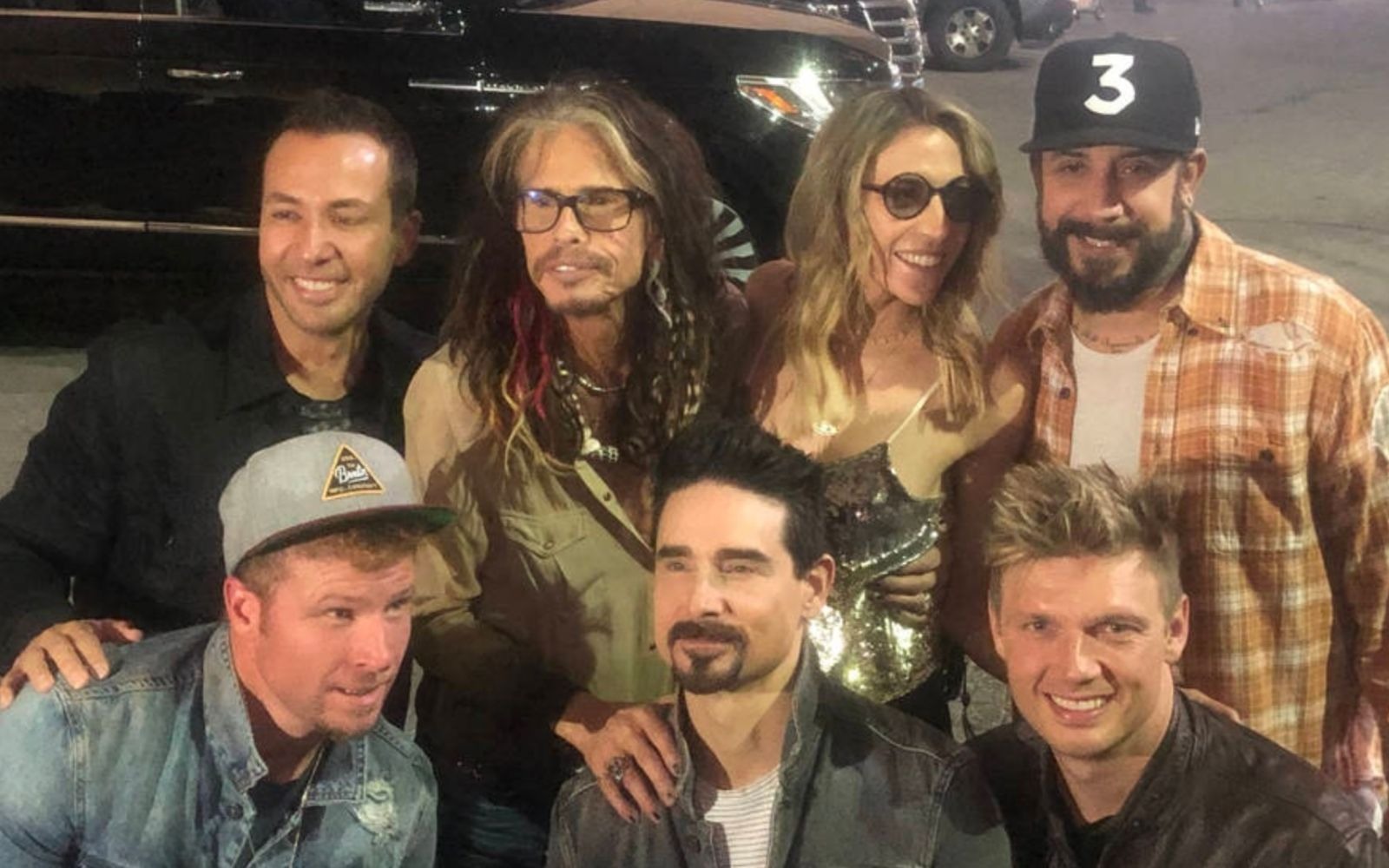 Lead singer Steven Tyler took the Backstreet Boys stage during a show in Las Vegas, United States, on Friday (19). The moment was recorded on video and can be seen below.

In the video, it is possible to note that the frontman of Aerosmith made his appearance after the Backstreet Boys presented a fan with a rose – something that is usually done during the song “Shape Of My Heart”. Curiously (or not), the fan was Aimee Ann Preston, Steven Tyler’s girlfriend – and they both kissed.

The members of the Backstreet Boys were thrilled with the presence of Steven Tyler on stage. One of the singers, Kevin Richardson, pointed out that Steven Tyler “is rock royalty.”

The video of the moment was shared on Steven Tyler’s own social networks. “Hey, I thought I’d only do three shows a week in Vegas!” He joked in the magazine’s legend, referring to the season of shows that Aerosmith has held as a resident of a casino in the same city.

The pair revealed their relationship at an Oscar viewing party for Elton John’s AIDS Foundation in February 2016, and have been going strong ever since.

Tyler has a total of four kids: In addition to Liv he has daughter Mia with wife Cyrinda Foxe, as well as daughter Chelsea and son Taj with clothing designer Teresa Barrick