After nearly half a century performing with Aerosmith, singer Steven Tyler will hit the road this summer as a solo artist. The tour kicks off on June 12 in Lewiston, N.Y., and will wrap up in London on Aug. 7. 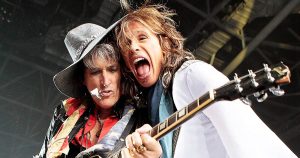 “Look, I don’t expect to hit like the Beatles or be the second coming of Aerosmith,” Tyler said (via USA Today). “It was time for a little break. I’m such a passionate person that if I don’t go after my muse like that, I’ll wind up on drugs again. I’ll wind up arguing with people and just no good.”

The tour follows the 2016 release of Tyler’s debut solo album, We’re All Somebody From Somewhere, which scored the No. 1 spot on the Billboard Top Country Albums chart and reached the Billboard 200’s Top 20. 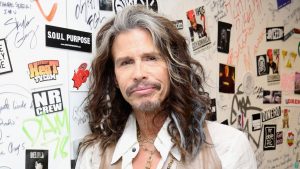 Tyler will hit the road with Nashville’s Loving Mary, and he said it’s different from any he’s ever done before — in both style and format. “What would I not pay to go see [Paul] McCartney, but instead of playing with whoever he’s with now, actually do [a show] where he tells you what he was thinking when he wrote ‘Yesterday’?” he explained. “That’s what I’m doing. I figured I’d talk about ‘Sweet Emotion’ and ‘Dream On’ and where I was when I wrote it, and ‘Seasons of Wither’ and how I played it.”

The singer said the switches in genre and band give him the freedom to try out some new musical terrain. “It’s a full-on country feel,” he noted. “People ask me, ‘Why’d you go country?’ It was almost a shoo-in. I always wanted to do Everly Brothers. It’s really is beautiful getting out there and singing with a band, where I can look at all the guys and go, ‘Stop playing right now’ and we’ll just sing a cappella. I’ve never been in a band like that, so it’s a whole new thing for me.” 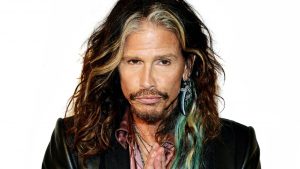 The 68-year-old Tyler toured with Aerosmith last year, but the band was forced to cut a few dates after the singer suffered an undisclosed illness in South America. Aerosmith have also been working in the studio on a few new songs, but guitarist Joe Perry said he’s not sure at this point if they will lead to another album.