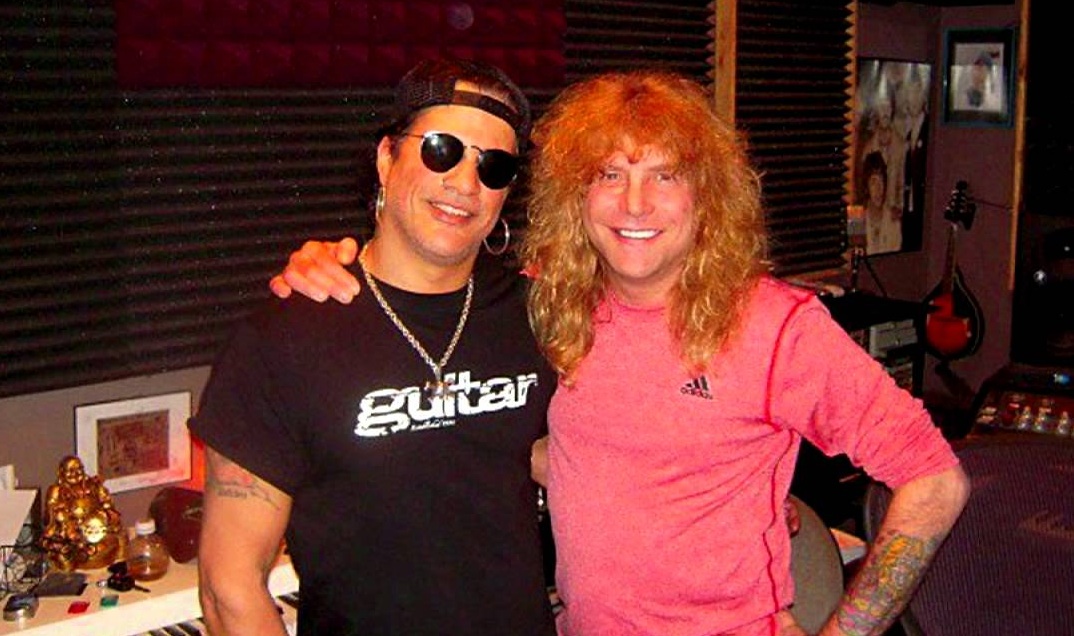 Jamie, that is the brother of Steven Adler, the original Guns N’ Roses drummer said bad things about the members of the band in his Facebook.

“This man right here is what you call a true survivor. He went all the way to the depths of hell and was able to make it back alive. When most died, he lived. What an amazing story of redemption my brother has to tell. Salute to the greatest big brother/grooviest drummer I’ve ever known. This man has a heart of gold. The biggest heart of anyone in his caliber. The most humble, loving, gracious person I’ve and anyone else who’s ever met him has known.

“If only Slash, Axl, and Duff had 10% of the heart this man had, then maybe he would be on tour with GN’R. 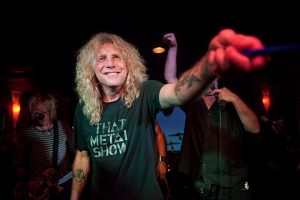 “If those guys had an ounce of decency, compassion, love, care, and acceptance, maybe they would have allowed my brother to play more then one song in Argentina after they flew him all the way out there and TEASED him to only play one song. ONE SONG ONLY! The only thing the fans wanna see is Adler back behind the kit, especially since the world knows Adler is no longer on drugs or alcohol.

“It took him longer to drive down the hill from his house to the bottom then he was allowed to perform on stage in Argentina. What kind of inhumane people would ever be that cruel to someone? Greedy, selfish people only.

“Without Steven Adler there would never have been GN’R or the greatest rock album of all time [1987’s ‘Appetite for Destruction’]. Adler did teach Slash his first guitar chord and gave him his first guitar. For all we know, if Slash never met Adler he may have never even found the guitar.

“People forget too often where they come from. Let’s remind Slash right now how he picked up even being the greatest guitar player of our generation. Steven Adler handing you your first guitar. Facts! Adler’s groove made that album what it is today. That’s why no other drummer since Adler has been able to duplicate that sound in GN’R. It’s a gift from God, not any drum lesson can teach you what he was born with. 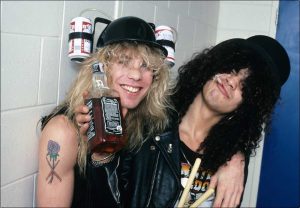 “They have no heart so that’s why he has to go out and do his own thing. He loves his fans so much and he wants to play for each and every one of you. Do you actually think Steven Adler got sober and changed his entire lifestyle to sit around the house and do nothing?

“NOPE! He did it so he can finish what he started. My brother is stronger then ever and will show the world once again this May when he begins his worldwide tour with his own band. You would think the guys in GN’R would be overly proud that their once fallen brother has returned to health and happiness and would want to share their new found success with him this time around.

“Well, my brother is alive and well so it’s never too late. I write this because I see a lot of fans making comments on why is Adler doing his own thing and not with GN’R. Please ask GN’R, Adler would love to be back on stage with GNR. That’s his dream. He’s never been healthier and more alive as you see in all his pics. 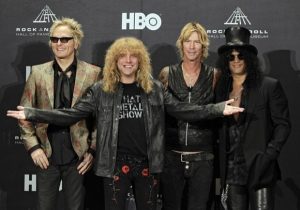 “For those who struggle with addiction and life issues, my brother is an example and inspiration that you can turn your life around and live a life beyond your wildest imagination. If he can clean up, then anyone can.

“I send all my love and respect to all who read this and love it or those who may disagree with what I said. I felt it was necessary to get this off my chest. GN’R is and always will be the greatest five-piece rock ‘n’ roll band of my generation. I’m just grateful I was a little part of it. My brother is alive and well today and I want the whole world to know this.”