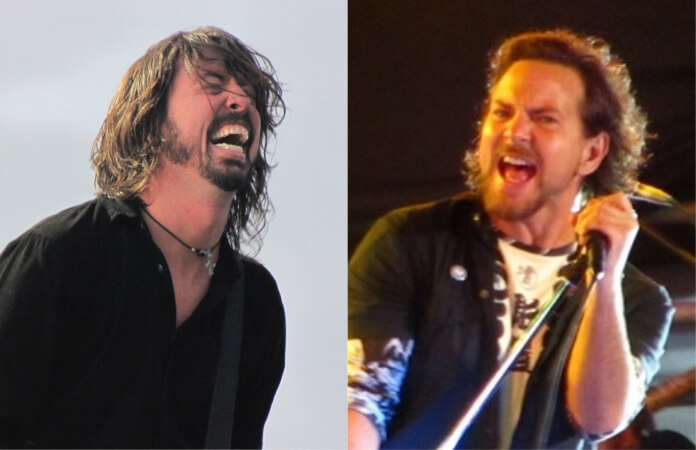 Much is discussed about the future of rock. While many say that the style has died, others know that the scenes are still effervescent around the world.

Who also gave his opinion on the subject was the musician Stevie Van Zandt, that plays in the E Street Band, support band of the master Bruce Springsteen.

I feel we’re lucky to have him. It is he and the Foo Fighters, Billie Joe Armstrong/Green Day, Eddie Vedder/Pearl Jam, among others, that give us hope for the future. Along with upcomers Kurt Baker, Palmyra Delran, Ryan Hamilton, Kris Rodgers, Brian Ray, Soraia, Wyldlife, etc. https://t.co/hVPDHWBr8Z

Asked on Twitter about what he thinks about Dave Grohl, Zandt was thrilled. He said that alongside Eddie Vedder (Pearl Jam) and Billie Joe Armstrong (Green Day), the Foo Fighters leader is giving us “hope” about the future of rock.

Steven Van Zandt (born November 22, 1950) is an American musician and actor, who frequently goes by the stage names Little Steven or Miami Steve. He is a member of Bruce Springsteen’s E Street Band, in which he plays guitar and mandolin. He is also known for his roles on television dramas such as Silvio Dante on The Sopranos (1999–2007) and Frank Tagliano / Giovanni “Johnny” Henriksen on Lilyhammer (2012–2014). Van Zandt also has had his own solo band called Little Steven and The Disciples of Soul, active on and off since the 1980s. In 2014, Van Zandt was inducted into the Rock and Roll Hall of Fame as a member of the E Street Band.