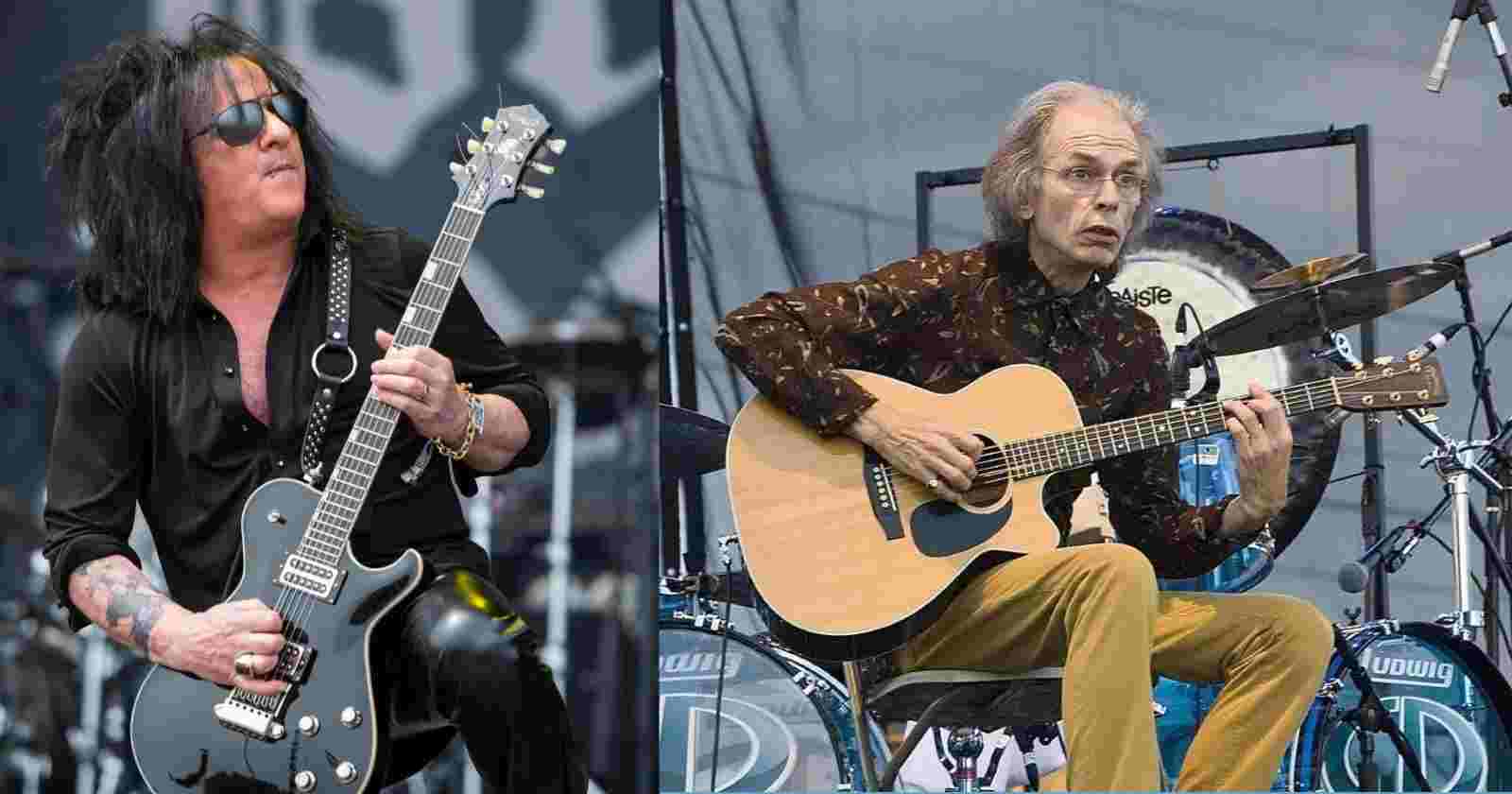 Famous for playing with Billy Idol, Michael Jackson and more, the guitarist Steve Stevens revealed in an interview with Eddie Trunk that one of his biggest influences is Yes guitarist Steve Howe.

Steve Stevens reveals Steve Howe (Yes) is one of his biggest influences:

“Interestingly enough, one of my biggest influences was Steve Howe from Yes. He’s not known for divulging a lot, and I told the Rock N’ Roll Fantasy Camp people, ‘Send me. I really want to see his sessions.’ And he was fantastic.”

It’s interesting that he’s one of your favorites. Were you big into progressive music growing up?

“When I bought that [1971] ‘Fragile’ record, ‘Mood for a Day,’ things like that. And he is really good at orchestrating his guitar parts, a bit like Jimmy Page, whereas somebody like Eric Clapton had this more blues-based thing.”

“I love Clapton, but he doesn’t really paint with the colors that these guys do, so I really gravitated towards early prog guys – [King Crimson leader] Robert Fripp – and just the way they arrange their guitars like a mini-orchestra.”

The irony of that – it’s just funny because you’re so known for playing with this punk-rock icon, and punk and prog couldn’t be two more different worlds.

“That was the thing. Because when Idol and I met, I wasn’t aware that the punk thing was such a socio-economic thing. They were really rebelling against a lot of these big rock stars living in their castles and all of this.”

“I’m talking about prog in the early days; obviously, the first King Crimson records, there’s something else about it. Growing up in New York, I didn’t put my music taste in boxes, I loved the Ramones and Heartbreakers, the Dolls…”

“I didn’t put it into categories. When I met Billy we had common ground – fortunately we did. I always felt that if he had had another punk guitar player. Well, he already did in Generation X, I felt he really didn’t need that. He needed somebody who would bring in some other elements.”