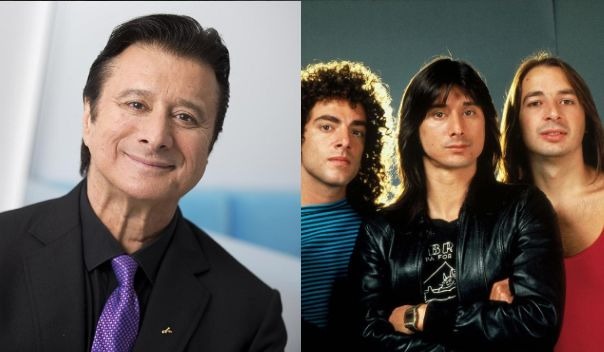 The ex-Journey vocalist, Steve Perry talked with Classic Rock Magazine about his career and revealed why he decided to abandon music.

“I had lost that deep passion in my heart for the inner joy of songwriting and singing. I sort of let it all go. If it came back, great; if it didn’t, so be it, because I’d already lived the dream of dreams.”

About making a comeback with last year’s solo album “Traces”:

“The passion for music came back. Singing again, I was getting goosebumps. It touches me. Nothing is bigger than that for me. So that’s why I’m talking to you now. Because I never thought I’d never feel like this again.”

About time away from the limelight, he said:

“As much I missed the lights, as much as I missed the stage, the applause and the adoration of people who were loving the music I was participating in, I had to walk away from it to be okay emotionally on my own without it.

“And that took time. That doesn’t mean I didn’t miss it, it means I had to keep walking the other way. There was some personal work to be done within myself, to be honest with you.”

About making money without music:

“I live small. I can only drive one car at a time. I was out of the limelight, but it wasn’t like I wasn’t tracking the reality of life.”

About the current state of Journey:

“I think the band is doing really well. Arnel [Pineda] is a great singer. And I’m enjoying what I’m doing. I love my new music, even if I’m sad that it took what it took – that my heart had to be broken to be complete.

“And after I swore I’d never do this again, I really believe in what I’m doing with this new record. Isn’t it better for the soul to keep reaching for the things that you’re afraid to do, not the things that are safe to do? Isn’t it better to keep pushing into the future so that you feel like you’re living your life on the edge as it unfolds?

“I think that Robert Plant is doing that, and it seems to me he’s loving it. Why go back? Throwing yourself into the abyss of the unknown, and trying to figure that out, is thrilling to me.”

About regrets, he said:

“That was one of the things I pondered at one time. But I have no problem with it, which is really amazing to me. I think the word ‘if’ is really a waste of time.

“As long as you’re doing the very best you can, in the moment, I don’t think it’s right to look back and think about ‘if.’ Instead of looking at anything as a regret, I’d rather move forward. Right now that means more to me than anything.”

Hear his new album below: