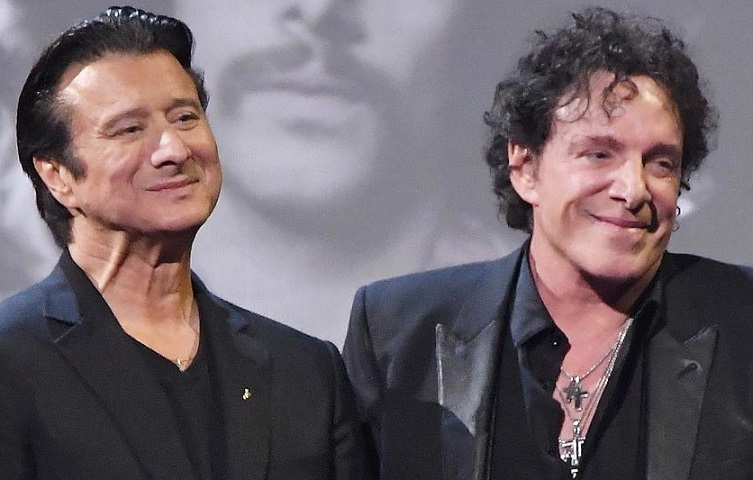 The former Journey singer Steve Perry denied any chance of working with guitarist Neal Schon in an interview with Rolling Stone. The two worked together on Journey, band that Perry left in the 1990s.

The talk about a possible partnership began after Neal Schon said in an interview with Mitch Lafon that he would like to work with Steve Perry on a project far from rock and more oriented to R & B, soul and blues. Schon spoke on the subject shortly before Perry announced his return to music, with the solo album “Traces,” released earlier this month in October.

Now Steve Perry has pushed the chances of a partnership because that would make fans speculate about a return to the Journey – something he doesn’t like.

“I’m not sure that this is possible without raising hopes of a meeting. Please listen: I left this band 31 years ago.You can still love this person without wanting to work with her. And if someone loves you because it wants to work with you, it doesn’t seem very good”, he said.

While denying a collaboration with Neal Schon, Steve Perry said he has no negative feelings toward anyone on Journey. But he said he had only seen his former colleagues twice in the last 20 years and asked not to know any information about keyboardist Jonathan Cain’s autobiographical book, “Don’t Stop Believin ‘.” “I do not mind reading Jonathan’s book and I wish you would not talk about it. I do not need to know, it’s none of my business,” he said.