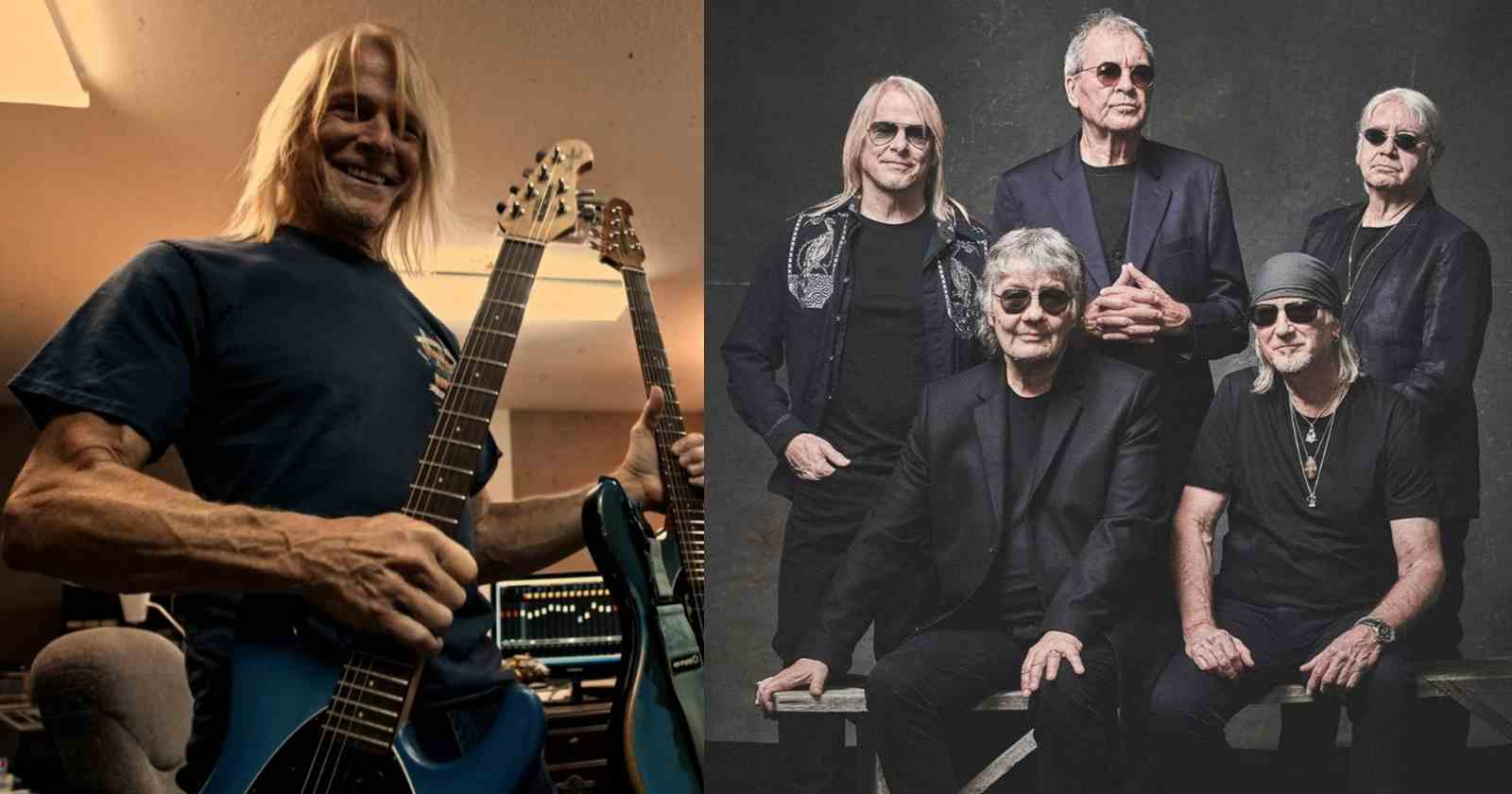 Deep Purple announced that Steve Morse, guitarist of the group since 1994, will take some time off the band to be with his wife during her cancer treatment. The guitarist Simon McBride, that already worked with Ian Gillan and Don Airey will be Morse’s replacement for the next Purple concerts that will happen in May, June and July.Fi

In an official statement, guitarist Steve Morse talked about taking time off Deep Purple to be with his wife during her treatment:

“Hello, everybody. I’ve just done a few gigs with the band, after years (!?) of not playing live. It’s a bittersweet, wonderful time to get together.”

“However, my dear wife Janine is currently battling cancer. At this point, there are so many possible complications and unknowns, that whatever time we have left in our lives, I simply must be there with her.”

“I am not leaving the band – I hope that after she gets a clean bill of health, I can re-join the tour. However, I am not seeing any likely situation which would allow me to do overseas touring in the immediate future. I continue to be privileged to be a part of the Purple family tree, and also to get to feel the amazing support of so many loyal fans and the rest of the band.”

“There’s a certified world class guitarist ready to take over for the live shows whom everybody will surely be happy to hear. I appreciate all your sincere prayers for Janine and thank you all.”

“All of our thoughts are with Janine during her fight against cancer and also with Steve while he supports his wife at a very difficult time. We hope that Steve will be able to join us back on the road later this year. Ian, Roger, Ian and Don.”

In the same official statement, Simon McBride, who will replace Steve Morse, talked about the opportunity:

“I’m deeply honoured to be asked to stand-in for Steve and play for such an iconic rock band like Deep Purple. They are amazing musicians and amazing people… I’m very excited to get out and play all those iconic songs and rock the stage with such legends. My thoughts are with Steve and Janine and their family.”

“There will be no further comment and we kindly ask to respect the family’s privacy and keep them in your prayers at this time.”