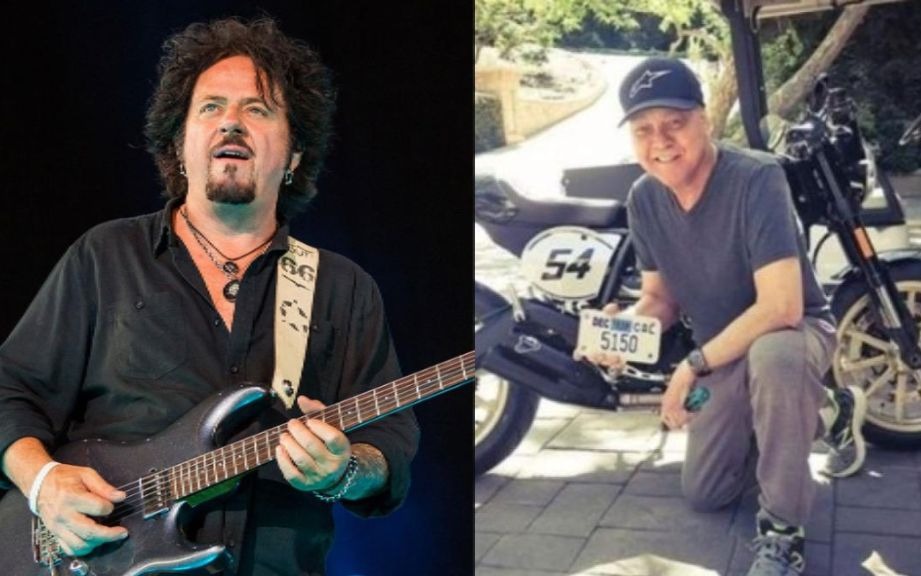 Van Halen has been dealing with health problems. The information was confirmed by Steve Lukather, Toto guitarist and close friend of the band members – especially guitarist Eddie Van Halen – in an interview with journalist Eddie Trunk’s podcast.

Steve Lukather was asked about Van Halen and said:

“I love Ed and Alex [Van Halen]; they’ve been friends of mine for 40 years. I’m still friends with Mike [Anthony]. I love all those guys. I’m Switzerland, man. I don’t get in the middle of all that.

“I look you right in the eye and say, listen, I’ve been in contact with Ed. We text all the time. I really can’t say much, man. I don’t wanna say anything.”

“Everybody wants Van Halen back — nobody more than me, ’cause I still think they’re one of the greatest rock and roll bands of all time. Eddie changed the planet [with his guitar playing].

“Him and Alex are sitting there laying back and they’re waiting to see what happens next. I think they’re on a hiatus. There’s been some health issues that they’re dealing with and stuff like that. We’re older guys now, and to go on the road, and stuff like that, it requires a lot of extra effort in terms of as a human being.

“All I’m gonna say is I don’t think there’s any drama issues that are keeping them from working right now. I’m not the guy to say anything. I love those brothers so much and we’ve always had a great relationship. I’m a big fan and also adore them as human beings.”

Van Halen’s last concert was on October 4, 2015 at L.A’s Hollywood Bowl. The speculation about a reunion was on the news during 2019 and also fans were worried about Eddie Van Halen’s health, after a peculiar photo of the guitarist surfaced the web.