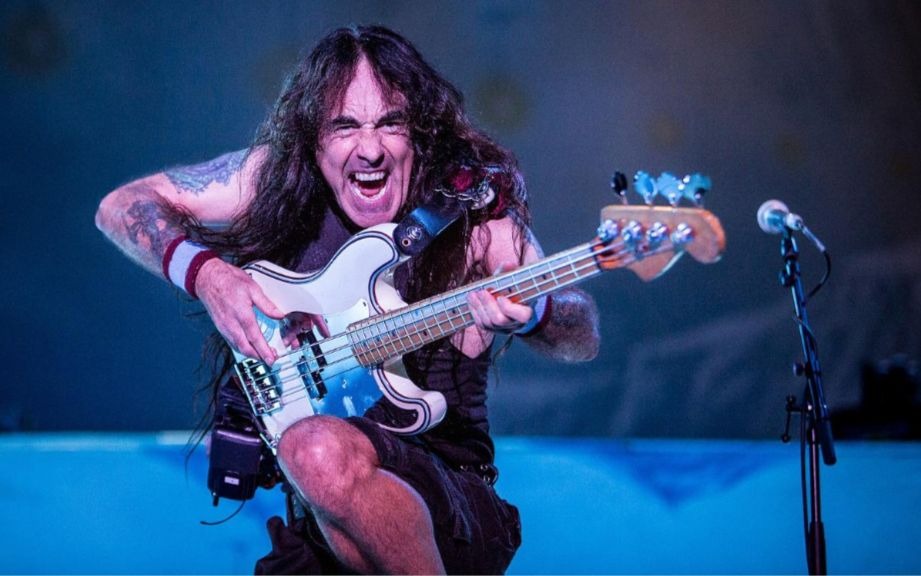 In an interview with Rockin’ Metal Revival, Iron Maiden legendary leader and bassist Steve Harris explained how he creates his riffs.

The interviewer said: “One thing I can say about your playing, Steve, is when I hear you play the bass, I know who’s playing”.

“Yeah, appreciate it, thanks. I think, in the first place, I was trying a few different things with a few different sounds. But at the end of the day, when you’re playing live, my sound is I am what I am.

“So I think this [upcoming British Lion] album [‘The Burning’] is now more representative of that, and that’s why I want to put a live album, I think there’s some great songs on the first album [2012’s self-titled], which I think kind of need to sound like the way we are now.”

“Sometimes I would just [make a riff] on guitar or bass, or sometimes they work well with the vocal – or both, really.

“I just come up with lots of melodies and if there’s no other way. I’ll just work out which it needs to be. The same thing to say for [1980 instrumental] ‘Transylvania,’ for example, could’ve ended up.

“I had a melody for that, as well for a vocal line, but it doesn’t really need it. But yeah, ‘Phantom of the Opera’ just felt natural, I just go by the gut instinct, and that just felt right, and vocal melody as well.”

Tell us more about the ‘Spit Fire’ tune, anything special we should know about?

“Yeah, that’s another song that we’ve been playing live for a while now, and we finally managed to get the studio version done. And we think it’s a really, really strong song.

“The lyrics are basically about, you know, World War II, really. My father was evacuated from London and some of the planes would end up coming on top, it’s kind of about that really. So yeah, it means a lot to me, that song.”