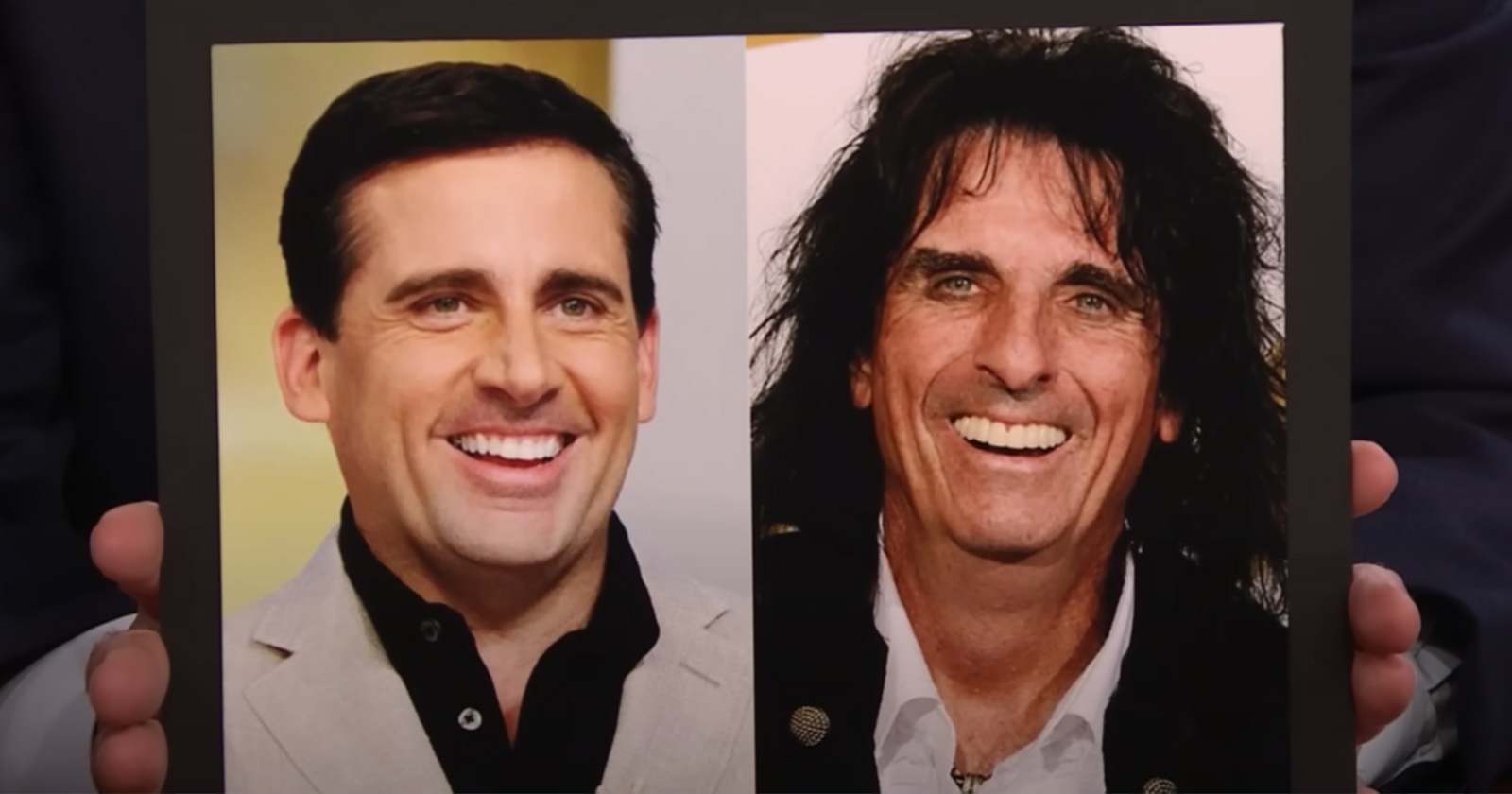 Images from the Tonight Show with Jimmy Fallon

The famous actor and comedian Steve Carell agreed in an interview with Jimmy Fallon (Transcribed by Rock and Roll Garage) that he looks like Alice Cooper, as fans on internet points for years already. He also recalled that before he became famous and worked at a restaurant he had the chance to meet the Rock star.

Steve Carell agrees that he looks like Alice Cooper

After Jimmy Fallon says that the actor has a ‘doppelganger out there’, Steve Carell laughs and say: “Yeah, I see it (The similarity). I met Alice Cooper, I waited on him when I was working in Chicago, when I was waiting tables. I was working at a restaurant, he came in and you know, he was Alice Cooper. (He) couldn’t have been nicer. Sweetest guy in the world. The nicest guy. He walks into a room and he is unmistakably Alice Cooper.

“Steven Tyler is from an area that I live in Massachusetts and he always dresses like Steven Tyler. He wears like, leopard skin pants. Walks around this little town outside of Boston. He goes into the Dunkin’ Donuts, buys donuts for everybody. But he is like the nicest guy, the same thing. I think they own it. So if you’re Alice Cooper, you have to own being Alice Cooper. You own being Steven Tyler,” Steve Carell said.

On his official Twitter account, Alice Cooper shared the moment of Steve Carell’s interview, saying: “hmmm… what do you think?”.

hmmm… what do you think? https://t.co/GF4yELfKgo

Born in Concord, Massachusetts back in 1962, Steve Carell achieved fame as a correspondent on The Daily Show with Jon Stewart from 1999 to 2005, also being featured in movies like “Anchorman: The Legend of Ron Burgundy” (2004), “The 40-Year-Old Virgin” (2005) and “Little Miss Sunshine” (2006). But his most famous role for most of his fans is the terrible and funny boss Michael Scott in the famous series The Office, the American version of the show originally created by British comedian Ricky Gervais.