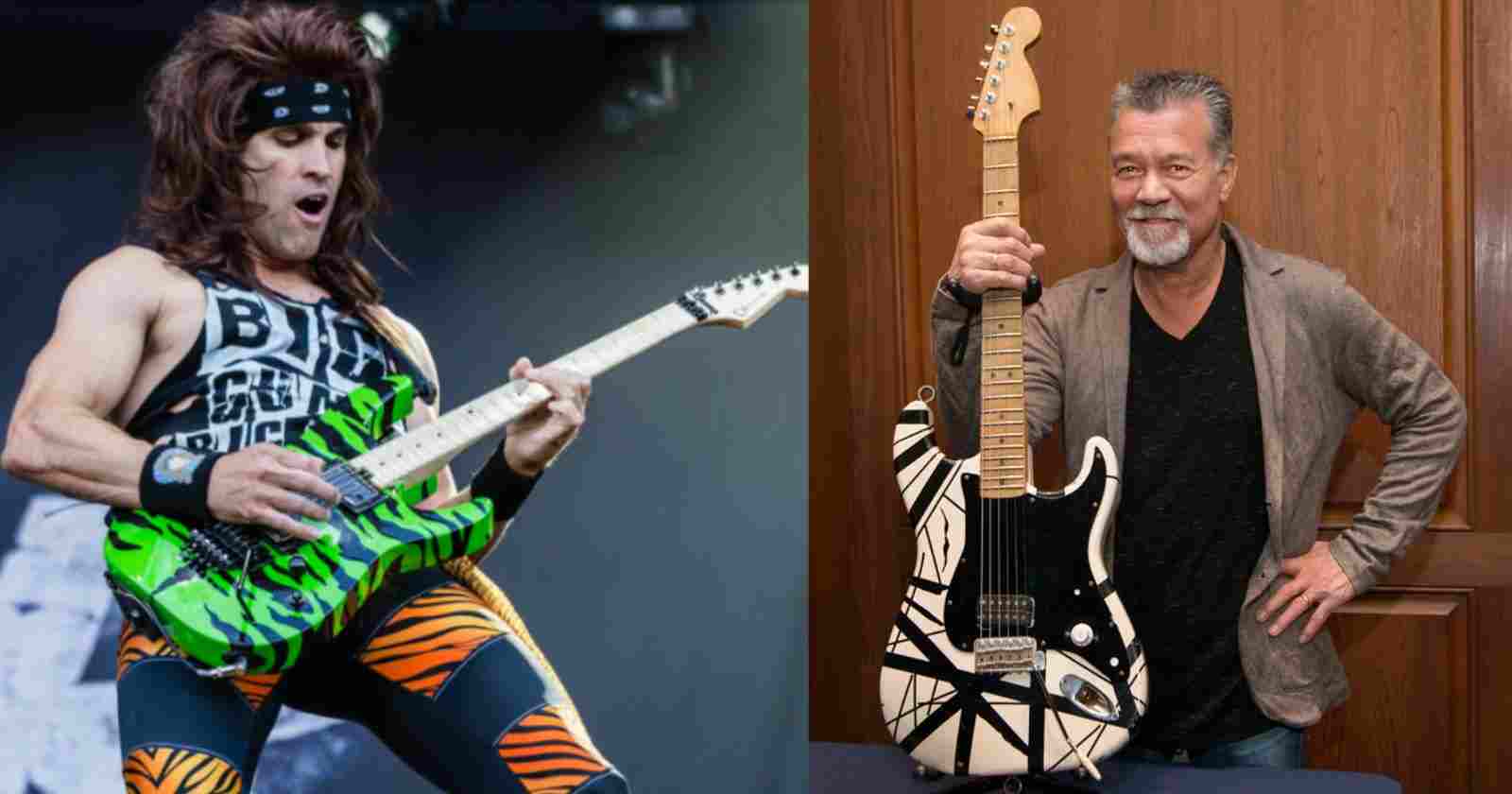 Steel Panther guitarist Satchel elected in an interview with Guitar World his 5 favorite Eddie Van Halen solos. The Glam Rock musician praised the late guitarist that lost a battle with cancer last year at the age of 65.

“Not everyone’s favorite song off of Van Halen II, but the solo… holy crap! It’s just awesome. The bend off the top is ripping. The timing is impeccable. That’s something that made Eddie so good that a lot of people don’t mention. He played with so much feel and groove. His timing was amazing. I picture him doing most of his solos in one take. While jumping off a drum riser.”

“I love this solo. It has so many awesome Eddie elements. The pick squeals. The whammy bar tricks. I love the way he plays the whammy bar in the middle of the solo. Again, the phrasing is always key. Something so many guitar solos don’t have. Again… probably one take.”

So This Is Love?

“Another one off of Fair Warning. Eddie was on fire back then. I mean… he was always on fire but you could tell that he was having fun and never letting a moment go to waste. Every solo was just beautiful from start to finish. Not to mention all the licks he would throw in there in between vocal lines. This solo is so fluid. It’s a classic. There must be something about being in your prime and having so much success that makes it even more fun to rip completely awesome solos that you know will blow people away.”

“This record [5150] took some time to grow on me because I was so mad Van Halen split up. And it didn’t sound like the Van Halen I knew – they were growing and evolving. I hated that when I was younger. That’s probably why I formed Steel Panther, so I could just be happy not growing or evolving.”

“But damn, the solo is killer in this song. Just gorgeous and soaring. Every note is killer. And the melody over the chords at the end are so cool. I think Eddie was able to compose solos that fit so well into the song and yet he was able to play them in a way that felt like he was improvising it for the first time… and yet you could listen to it over and over and it never got stale. That, kids, is talent.”

“OK… the first lick in the solo is iconic. And not easy to play, either. But again, the whole solo just grooves and fits so perfectly. And Eddie somehow made a simple 12-bar blues progression sound so heavy metal and exciting.”