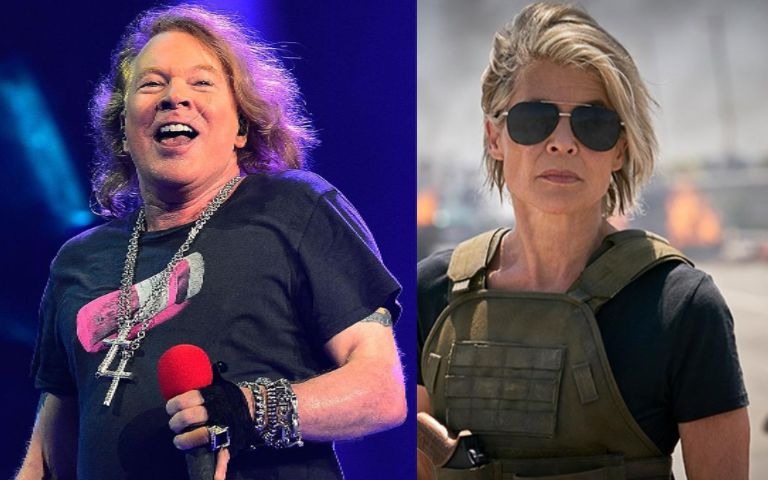 Looks like we’re getting closer and closer to hearing new songs from Guns N ‘Roses and with a huge movie involved, the new Terminator. Australian GN’R Community, a fansite of the band, said a source close to the production of the new Terminator confirmed the group’s participation in the soundtrack.

In 1991, the band led by Axl Rose recorded the iconic “You Could Be Mine” for Terminator 2: The Last Judgment, released that year. The protagonist Arnold Schwarzenegger appears in the band’s official clip, “confronting” the group.

“A source who was working on ‘Terminator: Dark Fate’ has informed that four members of Guns N’ Roses went to a private viewing of a rough copy of the upcoming Arnold Schwarzenegger sequel movie to see if they want to put a song on the soundtrack.

“Apparently, Slash was at Axl’s house to record overdubs on a song for the rush release. At this point, the song name is unknown. But yes, 100% verified. Guns N’ roses new music.”

27 years after the events of Terminator 2: Judgment Day, a new, modified liquid metal Terminator (Gabriel Luna) is sent from the future by Skynet in order to terminate Dani Ramos (Natalia Reyes), a hybrid cyborg human (Mackenzie Davis), and her friends. Sarah Connor comes to their aid, as well as the original Terminator, for a fight for the future.

In March 2019, it was announced that Junkie XL would compose the score for the film.

Production was initially intended to start in March 2018, but was delayed due to casting. It was then expected to start during May and end during November with filming taking place in Hungary, United Kingdom, Spain and Mexico.

In April 2018, the film’s release date was delayed to November 2019. Filming began on June 4, 2018, under the working title Terminator 6: Phoenix, in Isleta del Moro, Almería, Spain. While filming in Spain, Luna coached several actors on how to speak Spanish with a Mexican accent.