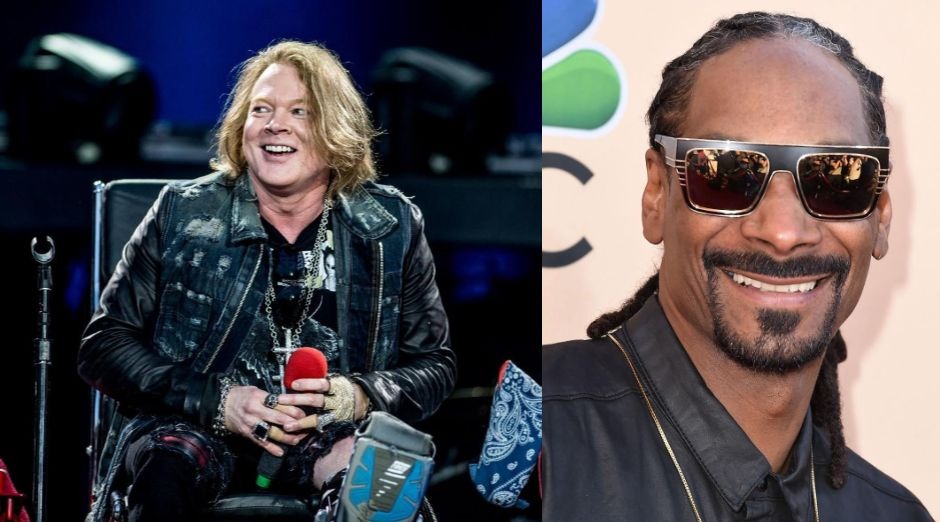 Guns N ‘Roses will be featured at Bud Light Super Bowl Music Fest, which will take place on January 31 at the American Airlines Arena, located in Miami (Florida, USA). The event is part of the festivities of the Super Bowl, the American Football League (NFL) Finale.

On the same day, rapper Snopp Dog will perform at the event opening for Axl Rose, Duff McKagan and Slash band. The announcement was made by posting that to the official Guns N’Roses Instagram account.

This festival started last year when the headliner was Aerosmith. The idea of ​​the show is to promote through music the final of the football championship, the NFL Super Bowl.

The final game will take place on February 2 at Hard Rock Stadium in Miami and the finalists will be set next weekend.

Calvin Cordozar Broadus, Jr. was born Long Beach, October 20, 1971. Known as Snoop Dogg he is an American rapper, singer, songwriter, music producer and actor. In addition, he has sold over 60 million records worldwide. Having his career started in 1990, when he was discovered by rapper Dr. Dre, and collaborated with him on the single Deep Cover. And on almost all tracks on the album by Dre’s debut, The Chronic.