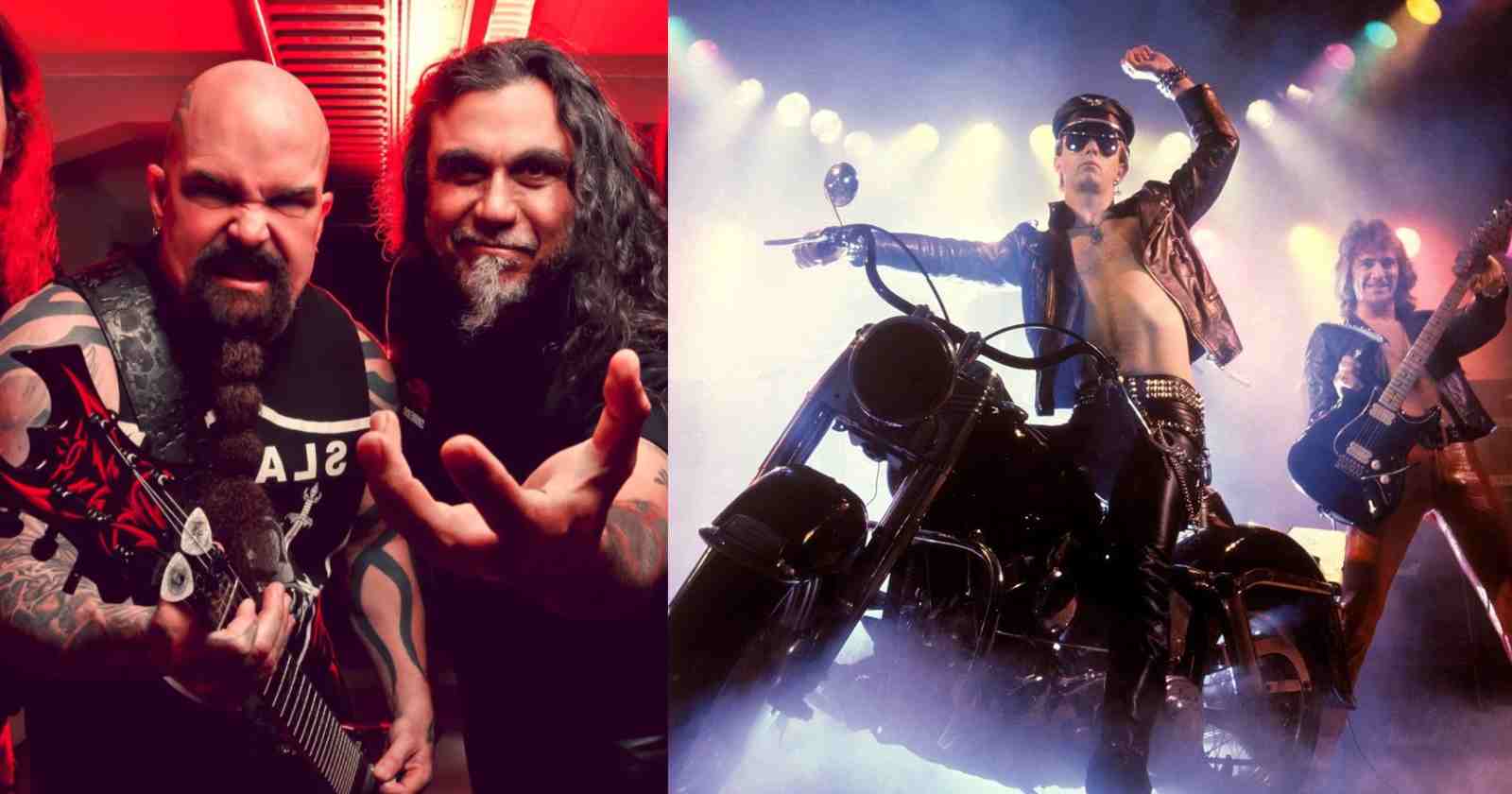 Slayer guitarist Kerry King gave his opinion in an interview with Rolling Stone on Judas Priest and their singer Rob Halford. The guitar player praised the group and revealed that Halford is actually his favorite singer of all time saying that what the British vocalist do with his voice is compared to what Eddie Van Halen did with the guitar.

“As a young guitar player, I could tell there were two guitars on the recording. The creativity and early uniqueness of two guitars totally inspired what Slayer became. Then there was the singer, Rob Halford. To this day, he is my favorite singer. He knows it. It’s an uncomfortable thing between us. But we’re friends and he knows he’s my favorite.”

“Rob Halford’s stage presence, his stage persona, and his stage look were always upper echelon. His entrances at concerts were always pretty grand. On one of the tours, he would be in this basket singing “Electric Eye” that was slowly lowered to the stage from the lighting trusses.”

“The band was always on the stage and then when Rob came out, it was just that much bigger. His voice, he hits notes and holds notes for a duration that’s almost inhuman. It’s like Eddie Van Halen playing guitar; that’s Rob Halford singing.”

The musician said that he discovered Judas listening to the radio when he was a teenager and he immediately became a fan. He also said that the group inspired the way that he and the late guitarist Jeff Hanneman played, since Judas also had two guitar players.

Slayer covered the 1977 Judas Priest song “Dissident Aggressor” that was released on the Thrash Metal group record “South Of Heaven” (1988). They were Priest’s opening act for a few concerts during the “Ram It Down” tour in 1988.

In the same interview Kerry King said that the latest Judas Priest album “Firepower” was their best since Painkiller (1990). Also said that the group, that was nominated to the Rock and Roll Hall of Fame this year should totally be inducted.