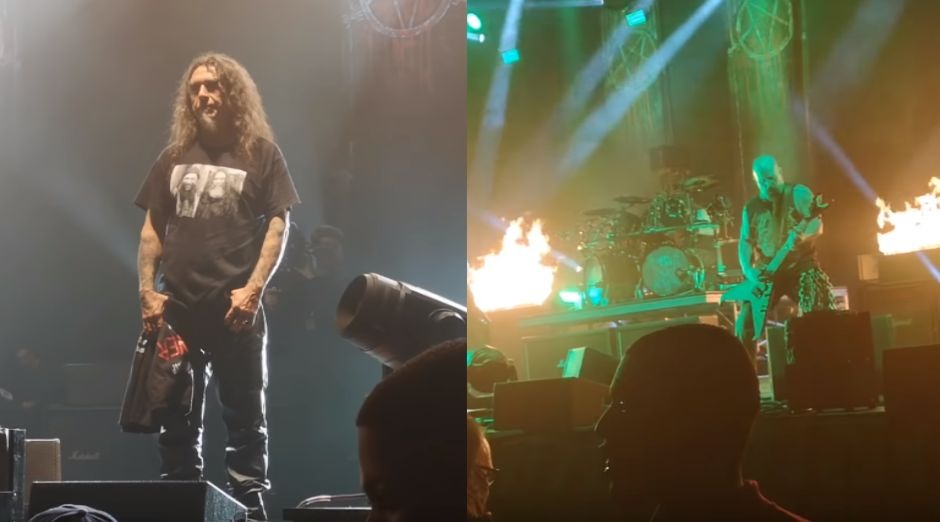 Slayer made the last concert of their career on November 30 The presentation was held at The Forum, a 17,000-seat multipurpose arena in Inglewood, Los Angeles, United States.

Saturday’s concert was the second in a series of two dates at the same venue – they also performed on Friday (29). Two performances were scheduled at The Forum because the first one sold out quickly, largely due to Slayer’s announced farewell.

Through social networks, the group even published a countdown – now over – for the show described as the end of their career. “Slayer Nation, right now, thousands of fans at The Forum in LA are counting for the final sold out of Slayer’s ‘Final World Tour’. This is the end of the monsters,” the band said. Slayer consists in Tom Araya (Bass and Vocals), Kerry King (Guitar), Gary Holt (Guitar) and Paul Bostaph (Drums).

Watch some videos from the performance and see the setlist:

Although Slayer says he will retire, band manager Rick Sales has said in interviews that the end of the tour “doesn’t mean the end of the group.” The cryptic statement has already lit the warning signal among some fans, as many classic rock and metal names announced their withdrawals and then returned.