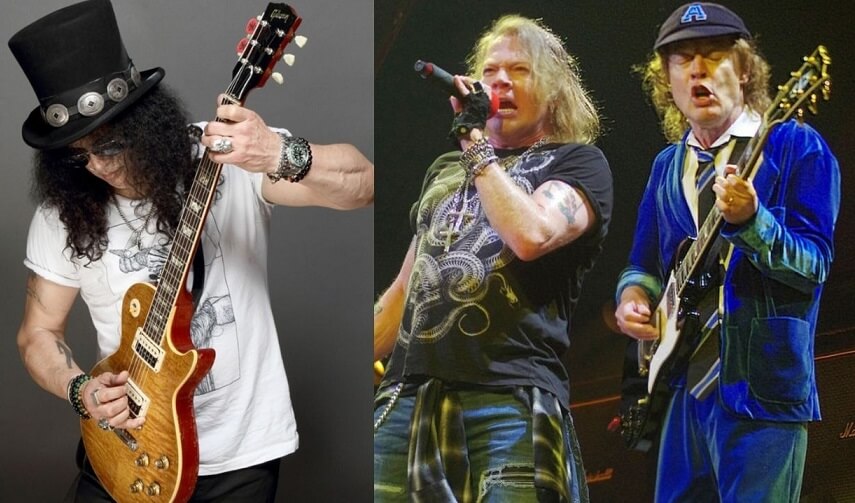 On a recent interview with the writer Clay Marshall, Slash talked about his bandmate Axl Rose on AC/DC.

“The Axl-doing-AC/DC thing, I went and checked that out, and it was awesome. I was probably as skeptical as anybody because of the iconic status of the band, and he pulled it off and it was great.

“I’m probably a little bit more intimidated about the idea of having to fill someone’s shoes – someone that I look up to or had a big influence on me. If I was going to get that phone call, I’d want to do it in a band that no one would expect me to be in.”

“I went to one of those shows, and it was phenomenal. One of the first things he said was – he had a way of doing it where it wasn’t taxing on his voice. I was in awe of the whole thing.

“He definitely had a way of doing it that it wasn’t killing him every night. It’s hard to come back from that if you’re not doing it right, and as soon as he came back from the AC/DC tour, he went straight into Guns N’ Roses and it was seamless.”