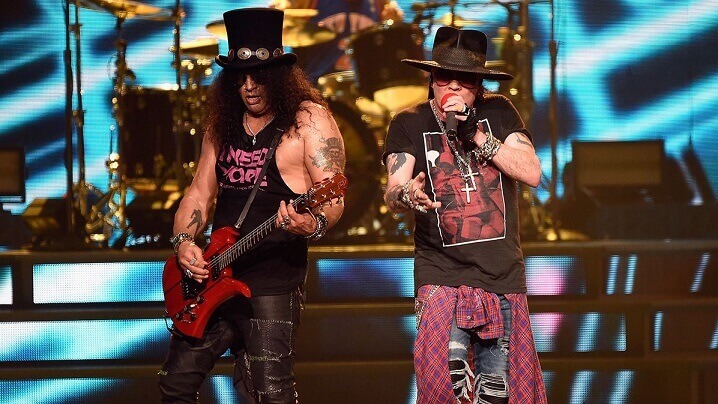 In a new conversation with Music Radar, Slash revealed what was his main weakness as a guitarist.

“Playing rhythm is one of the main ones. There are specific things I practice before a show; for the first 20 minutes, I won’t do anything too outrageous and just loosen up. I think it’s important to remember those techniques are a key part of what I play.

“You don’t want to be stiff when it comes to those right-hand patterns, so I might play any number of songs. ‘Pinball Wizard’ is always a good one!

“And then for lead stuff, I might try to find things that move up and around the neck, random patterns I’ve picked up from other players that sound interesting.

“It’s about finding the things that help you do whatever it is you do before you walk out there and play. Don’t think about set rules or anything; just try to focus on your weaknesses.”