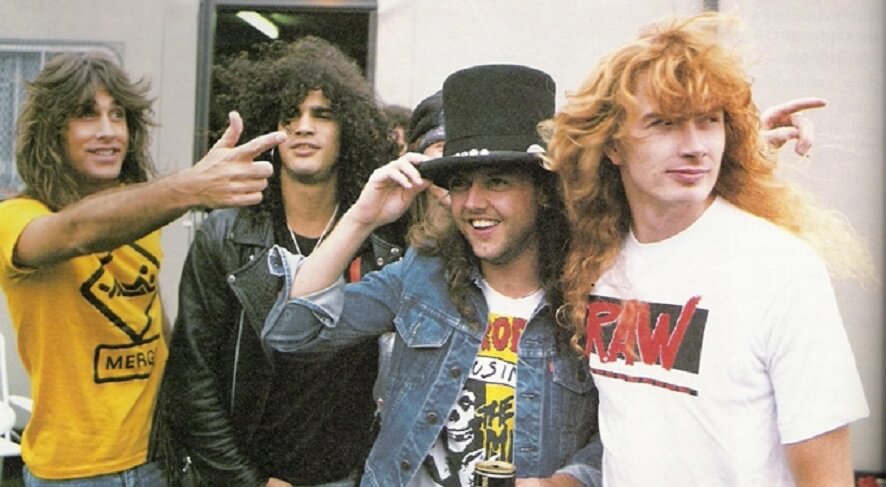 In an interview with Loudwire, Guns N ‘Roses guitarist Slash talked about the possibility of collaborating with Megadeth guitarist and vocalist Dave Mustaine. The musicians have done a few things in the past.

As Slash says in his autobiography:

“He was a true and complete maniac and a great songwriter. We went out, smoked crack and made great heavy metal riffs, dark and heavy as hell.”

“I never talked to him about it,” said the musician about doing something now with Mustaine. “He’s very prolific in making Megadeth’s records the way he does. I don’t see myself invited to a Megadeth song. I don’t think it would work in the context of what Megadeth does, but maybe Dave in one of my things – I don’t know.”

After nearly two years of touring with Guns N ‘Roses on Not In This Lifetime Tour, the guitarist returned with Slash Featuring Myles Kennedy And The Conspirators, which will release their third album, Living The Dream on September 21.