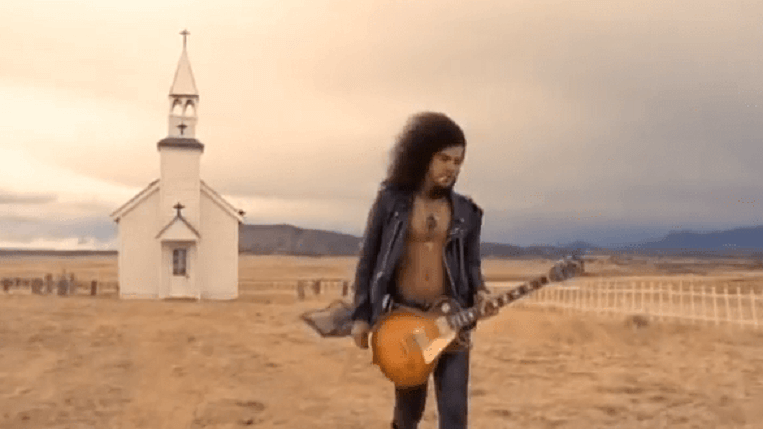 “That was an epic production. That was all more Axl’s vision than anything I had to do with it. My contribution was – I would write my own part, where the leaving the wedding and doing the church thing was concerned.

“The way that [director] Andy Morahan shot it, I thought, ‘This is going to be the last thing I ever do,’ because these helicopters were flying at me. I thought, ‘It’ll look cool doing it, and that will be my last day.’

“Because it was such an elaborate production, being a very sort of stripped-down rock guy, I was like, ‘Oh, God. All this stuff!’ But it did come out pretty fuckin’ awesome.

“Now, all this time later, it’s more of a hats-off to Axl than anything that it’s reached that threshold. I always knew that that was a cool song.

“I never count my eggs as far as in advance how epic or how big, because always whenever you feel that is when it goes the opposite direction. You just do it; you enjoy it in the moment; and wherever it goes, it goes. But I always knew that that was a really great song.”