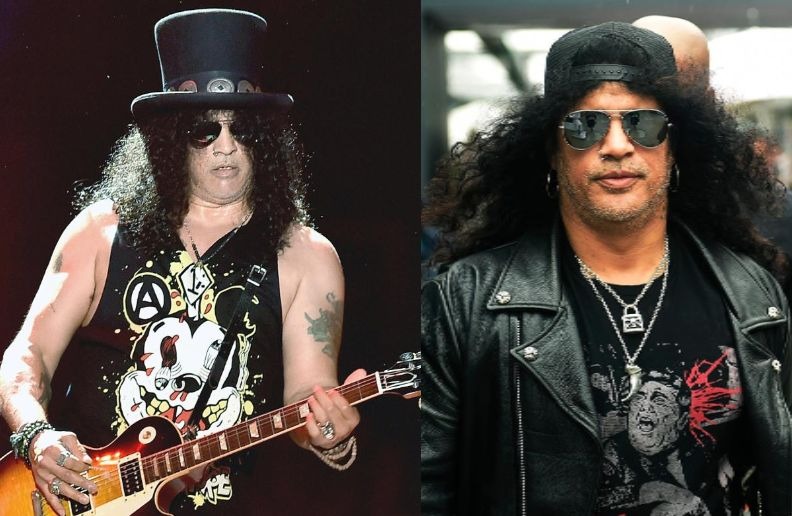 In an interview with a Australian TV, Slash talked about his classic top hat and revealed how many of them he has.

“I have one that I wear, and I have a couple other ones that are sitting around in the closet, a couple of old leather ones I never got rid of. But for the most part, I just have the one that I’m wearing, and when that putters out, I get another one.

“For the longest time, I used to just either wear it or carry it around. A few Christmases ago, I got a hat box, like a leather hat box and I just carry it in that, and it’s actually pretty cool.

“It’s like a purse, the hat’s in there, I keep a book there, some wallet change, my belt, a bandana, other knick-knacks, and stuff. I just carry it and I put it up in the overhead compartment thing.”

The guitarist also noted he didn’t remember the ’90s due to his drug and alcohol abuse, saying:

“Pretty wild. The ’90s I don’t even remember, and I sort of gave it all up around 2006. I’m a rock and roller through and through, but just recovering from drugs and alcohol.”

Slash released his fourth solo album “Living the Dream” on September 21, you can check it out below.