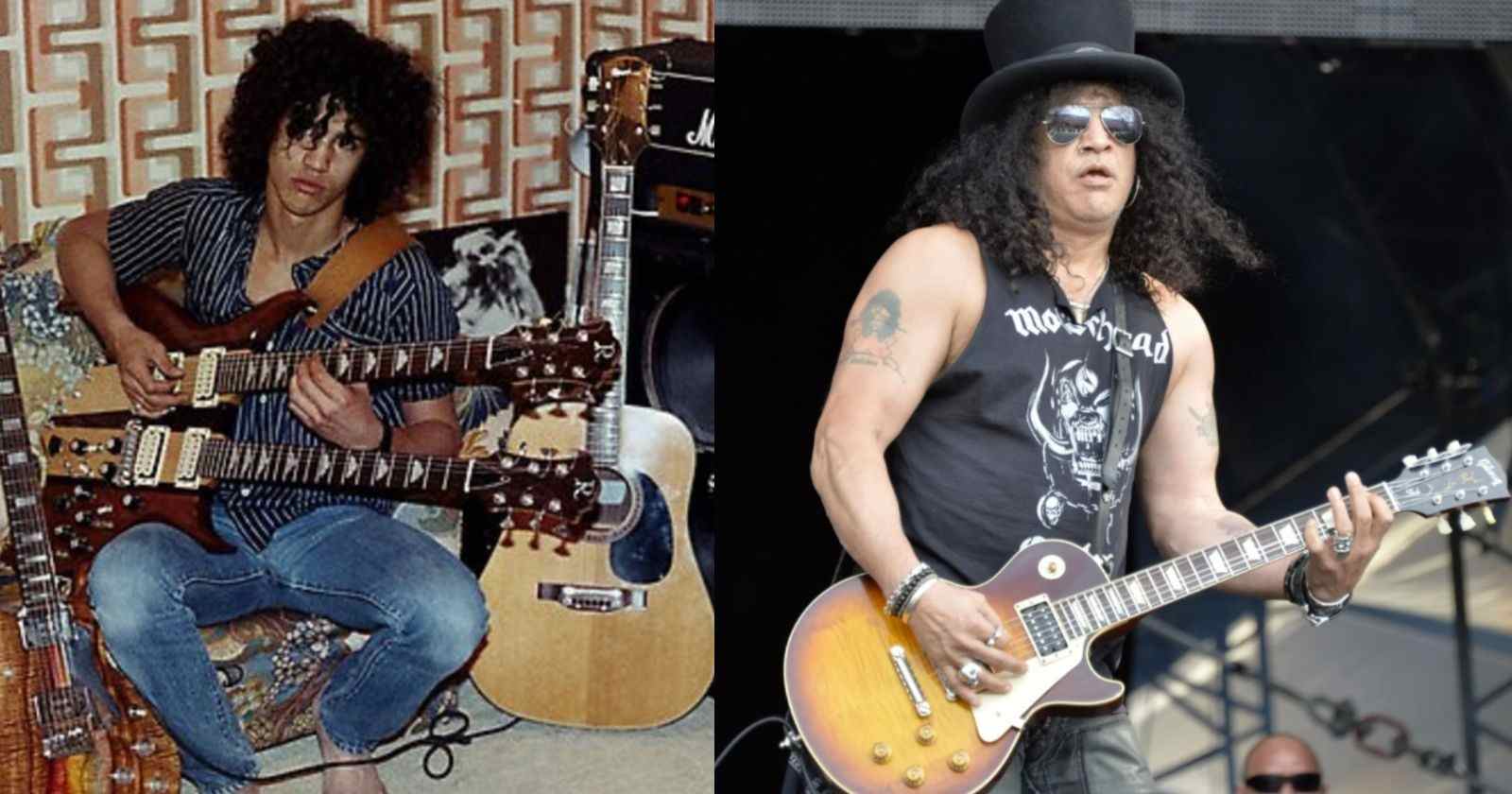 Guns N’ Roses guitarist Slash talked in an interview with Kerrang about the first time he plugged a guitar into an amp. He also revealed if he still believes in the power of rock and roll.

Slash said about the first time he plugged a guitar into an amp:

“I remember that moment. It wasn’t just plugging into an amp, because I had a little Fender, but when I first got that mustard yellow distortion box and put that line into an amp and played [Ted Nugent‘s] ‘Cat Scratch Fever’ it was like a eureka moment.”

“That’s when I went, ‘Wow, OK, cool.’ This was in Los Angeles. I roughly started playing when I was 14, but I was maybe 16 when I had that amp, guitar, distortion box combo.”

Did you want to be in a rock ‘n’ roll band from the start? 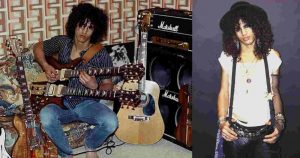 “I was a big fan of music from as far back as I can remember. I used to love going to gigs and seeing bands and I was totally mesmerized by it all, but it never clicked with me to go and do that myself until I picked up a guitar because [former Guns N’ Roses drummer and childhood friend] Steven Adler had one.”

“And I thought, ‘Well, he knows how to play guitar, so I should play bass to start a band.’ Then I found out from a local music school that it wasn’t the bass I wanted to do at all, it was lead-guitar. All of a sudden that set me off in this direction. But the thing that excited me musically at that time? When you’re a teenager, regardless of how cool the music is that your parents are listening to, you start to discover your own.”

“Aerosmith’s [1976 album] ‘Rocks’ was the pivotal influence for me back then. The band’s attitude and that sloppy, hard rock thing made me go, ‘Woah!’ Every musician has their ‘Woah!’ artist or record that blew their mind. That was mine.”

Like Alice Cooper, you still believe in the power of rock ‘n’ roll, don’t you?

“Alice is great. I hate to use the term role model, but that’s what he is. He’s been around for a long fucking time and he loves what he does. He’s doing it constantly and that to me is just the coolest. He never fucking stops, so yeah, that’s a great example to any kids reading this. That’s how you want to do it: just keep fucking going until you’re pushing daisies.”