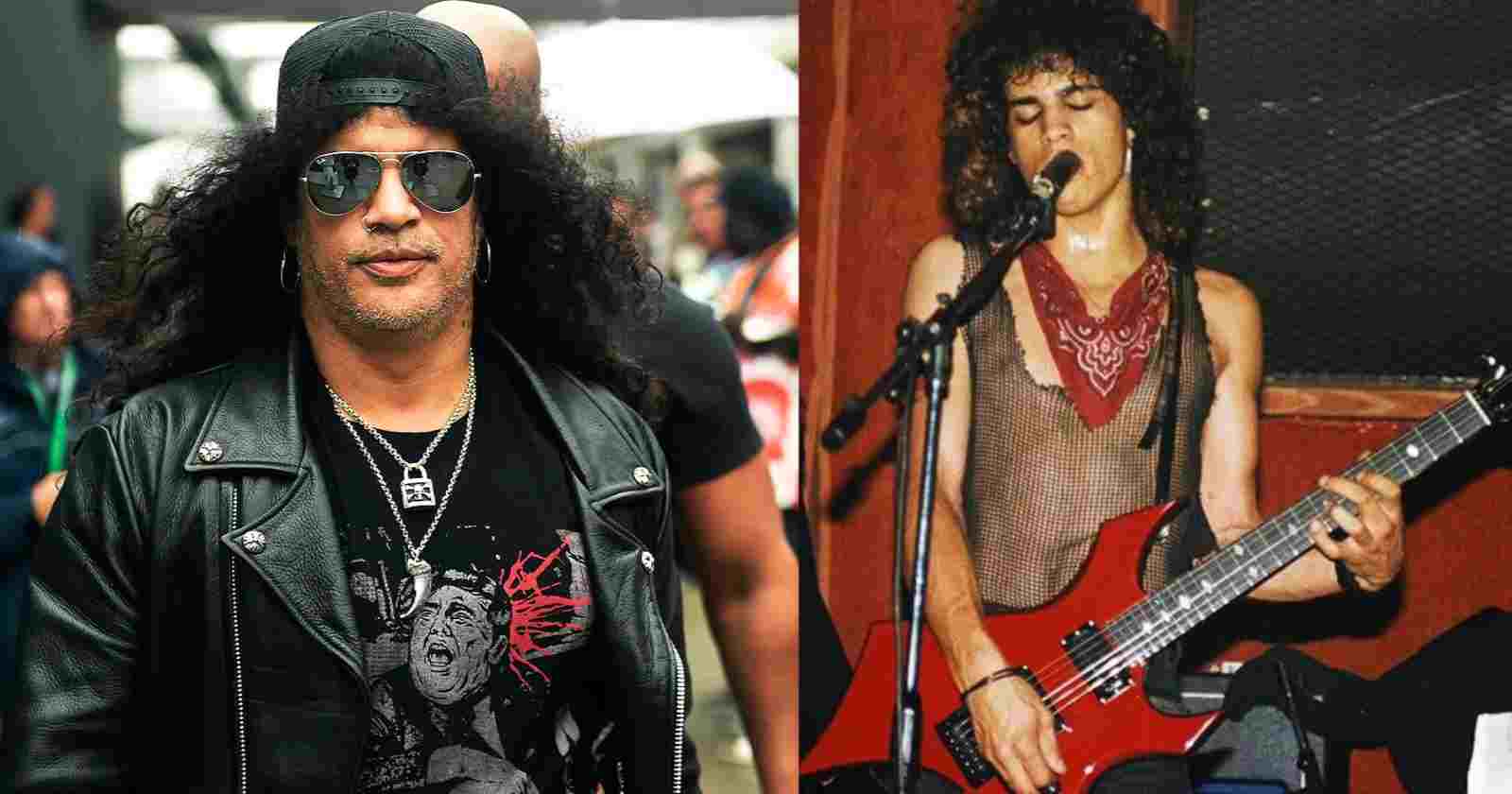 Guns N’ Roses guitarist Slash is one of the most influential guitarists in Hard Rock. In an interview with Classic Rock magazine back in 2014 the musician listed the 10 albums that changed his life and explained why they inspired him so much.

Slash (Guns N’ Roses) and the 10 albums that changed his life:

“There’s a blur between the albums I bought and albums I nicked! I didn’t have any money so I’d go to Tower Records and use a five-finger discount. I remember getting the first Zeppelin record early on. They opened the door for everything that the 70s was about: hedonism, excess and drugs. Their music made me just want to bang girls!”

Aerosmith “Rocks” (The album that made he want to play guitar)

“Rocks! Aerosmith were the combination of all the sexy riffs Zeppelin had with the fucked-up looseness and bluesiness of the Stones. Rocks was delivered in this outta control way with Steven screaming and the guitars going ‘KRRRK!’ That was my record – it spoke to me as a fucked-up teenager and set me off on a path.”

War “Why Can’t We Be Friends?” (The best album artwork)

“My Dad was an album cover designer, so we had tons of records on the wall. There are so many greats, but the one that comes to mind now is Why Can’t We Be Friends? It came with a black and white illustration of Sunset Boulevard with all its hookers and even Joe’s Hamburger Stand.”

“Ah man, that’s a good question! It’s got to be Screaming For Vengeance by Judas Priest. It’s the ultimate ‘Let’s go out and get a fuckin’ DUI’ record ha ha ha! You’ve Got Another Thing Comin’ is a tune!”

Fleetwood Mac “Rumours” (The first album he had sex to)

“I nearly first had sex to Rocks… I’d been courting this girl for months, finally got in her apartment while her mom was away and she put it on. I played it over and over until she said, ‘You might as well go!’ Usually, it’s the girl’s music that you end up having sex to. So it was probably something like Rumours which was very popular with the girls back then!”

“Nothing can touch Black Sabbath in terms of nailing the sound of metal. I also love Sabbath Bloody Sabbath in the same way. I’ve heard people cover the title track and tune down, but no one will sound as heavy as Sabbath doing it in regular tuning. Tony Iommi is a fuckin’ genius.”

“I downloaded Kanye West’s Graduation for one song (Stronger) but because I’m old school, I bought the entire record. It’s not even a guilty pleasure – I’m just embarrassed to own it,” Slash said.

“I’m going to be remembered for Appetite… and I’m fine with that. I love what it stands for –something unadulterated, totally honest, pure, innocent but streetwise. It nailed the anxiety of life and came out as just this raw thing. I never knew it’d end up being as big as it was!” Slash said.

“I’d probably want to play something like Gymnopédies by Erik Satie, who was an amazing French composer. These pieces in particular are brilliant – they’re probably my favourite classical works,” Slash said.

“Ah man, I’d hate to diss on anybody. Can I just pick Sympathy For The Devil by Guns N’ Roses? OK, it’s not really an album… but I definitely feel it’s something that should never have happened, so let’s go with that ha ha!” Slash said.