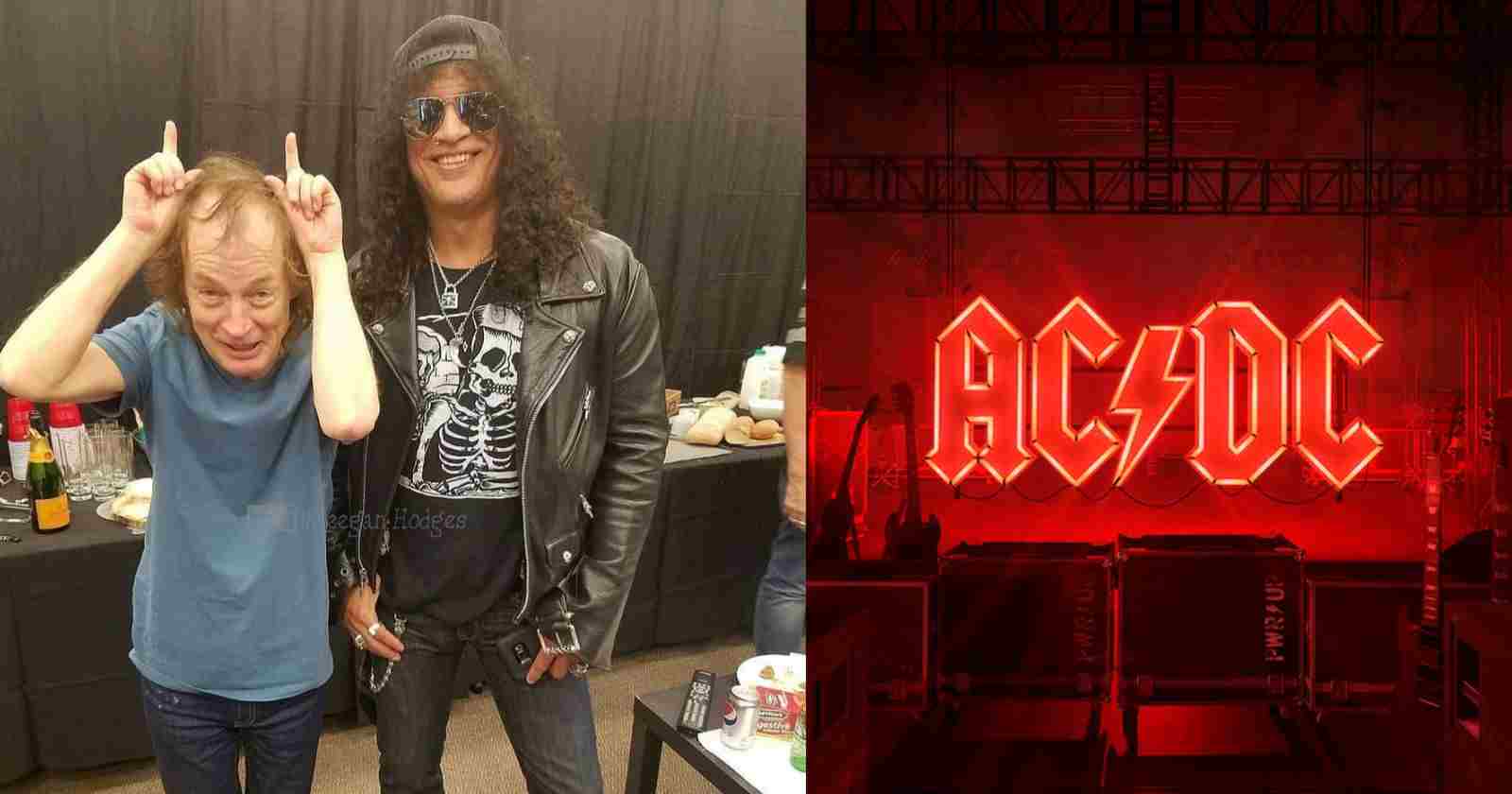 Guns N’ Roses legendary guitarist Slash gave his opinion in interview with Consequence Of Sound on the new AC/DC album “Power Up”, that marks the return of singer Brian Johnson and drummer Phil Rudd to the band.

Slash gives his opinion on the new AC/DC album “Power Up”:

“I obviously have a long history with AC/DC. Then Axl was singing with them for a minute when Brian was out. So we got reacquainted during that period. So, the first bit of great news, I talked to Brian and he was telling me about this hearing (device) that he got. Also that he’s back in AC/DC. And that was just fucking awesome news.”

“And the tragedy of losing Malcolm… the fact that Angus and company would survive that and keep it going, in the spirit of probably what Malcolm would have done, was great. I just love those guys because as far as rock ‘n’ roll is concerned, they just are driven.”

“Then, on top of it, they make such a great fucking record at this point in the game. It’s a really inspired album. I’ve had it in the car for the last couple of days. It’s probably gonna sit there for a while. It’s exciting for me. I’m happy for them, and I can’t wait for this virus situation to end so we can go check them out on tour somewhere.”