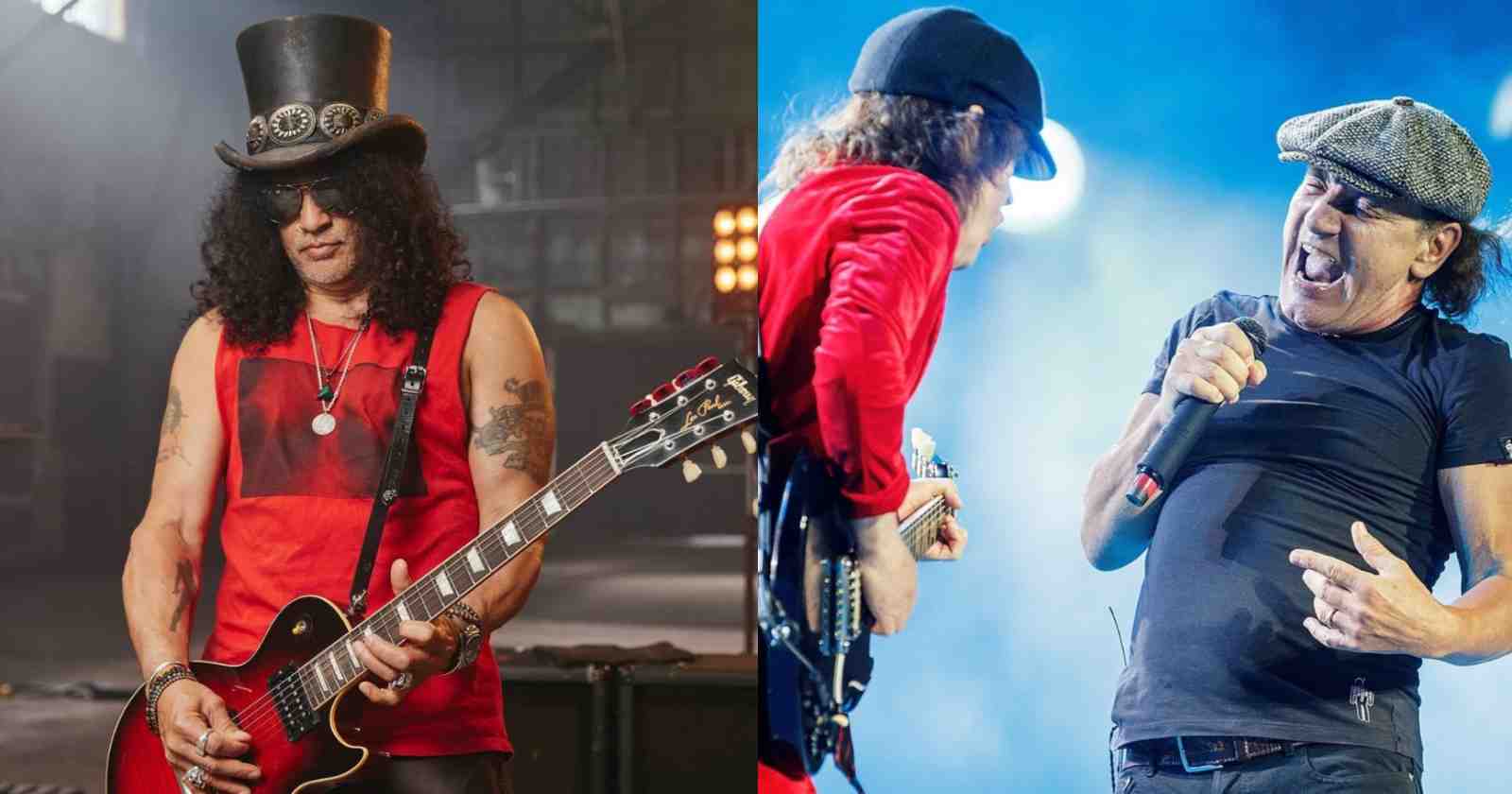 Guns N’ Roses guitarist Slash gave his opinion in an interview with Matt Pinfield (Transcribed by Ultimate Guitar) on Black Sabbath and AC/DC. The musician shared his love for the two famous groups and revealed some of his favorite songs from them.

Slash gives his opinion on Black Sabbath and AC/DC

“The first Sabbath record just had the biggest impact on me. Because, when you think about it, in the landscape of all the other music that was happening at the time, there’s this one dark record that comes out that really created what you would consider dark heavy metal and created the path for everything that was to follow. And so yeah, that record is especially poignant.”

Formed in Birmingham, England back in 1968 by Tony Iommi, Geezer Butler, Bill Ward and Ozzy Osbourne, Black Sabbath created Heavy Metal music after the release of their self-titled debut album in 1970 and many other classic albums like “Paranoid” (1970) and “Master Of Reality (1971).

His opinion on AC/DC

“There’s two of my favorite records. One’s Bon Scott. That’s ‘Down Payment Blues’… ‘Powerage.’ But, I mean, ‘Back in Black’ was a big deal at the time, because when it came out… They were talking about that period when, in the ’80s when ‘Back in Black’ had come out and it was such a massive record and the songs were so great, and it was a great record from start to finish.”

“So that that Brian Johnson delivery on that record, and some of those songs are just undisputedly some of the best rock and roll that was ever created. But the ‘Powerage’ record is probably, hands down, my favorite musical AC/DC record. I think just the rawness of the record and the songs themselves… It’s a seminal AC/DC record,” Slash said.

One of the most important Hard Rock bands of  all time, AC/DC was formed in Australia back in 1973 by Brothers Malcolm and Angus Young. They are one of the best-selling bands of all time with more than 200 million records sold worldwide. The group is also one of the few cases in Rock and Roll of continuing to be successful with a another singer, since Brian Johnson replaced Bon Scott after the musician’s death.