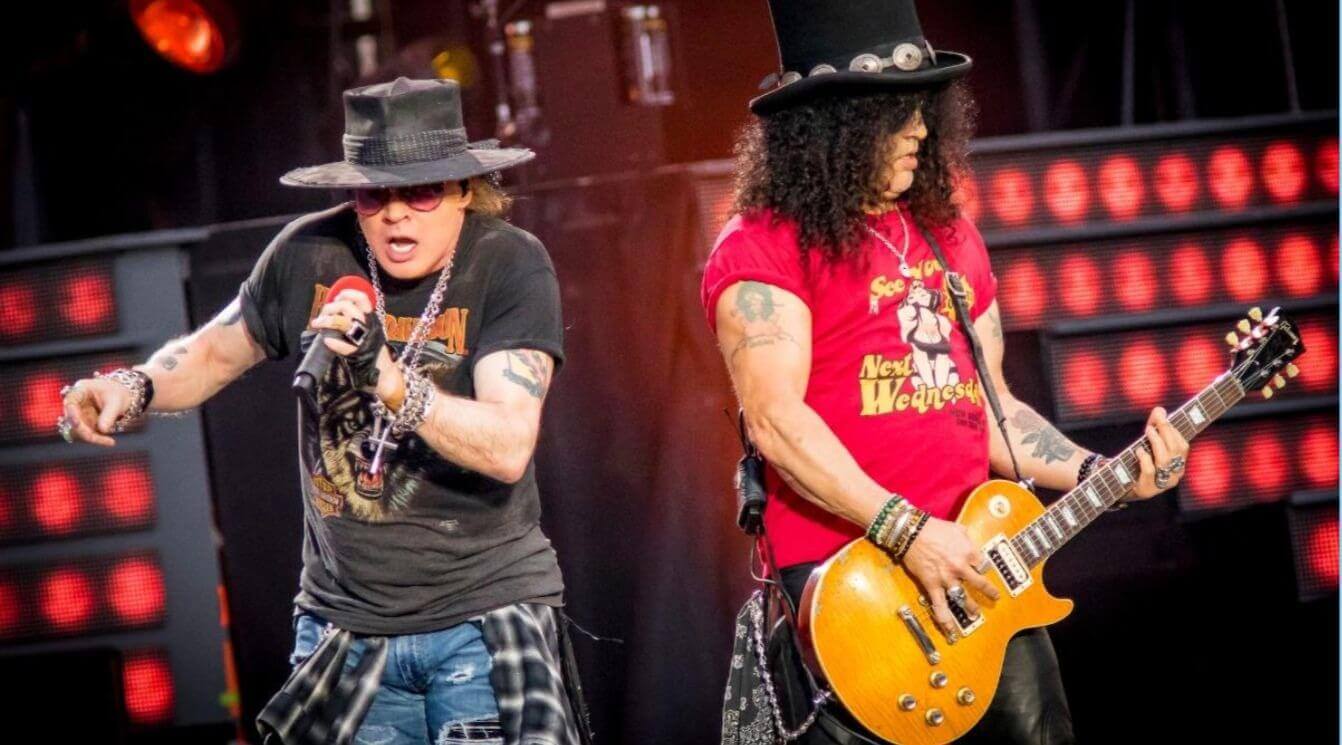 Good news about Guns N’ Roses according to Slash. The guitarist revealed in an interview with WRIF radio, that the band is working on new material and will enter the studio very soon.

According to Slash, the recordings should begin after the group’s tour in the second half of this year.

“The thing is, we hadn’t really done anything yet, and I don’t like to say anything. You know how people promote shit and lie through their teeth? So I just wanted to be honest, and there was no telling what we were going to do at that point. But at this point, I do know we are going to do this one, and we’ve already started working on stuff. There you go.”

“There was a rumor I was over there, it was before I had even been there. I was like, ‘Jesus Christ, that’s a pain in the ass and annoying.’ But I am excited about what we’ve got going on and everything, so it’s going to be cool. It’s awesome.”

During the phone interview, the connection was lost, just as Slash began to talk about the new album. When he reconnected, he’d joked, “I guess that must have been sort of Axl saying something!”

“When we finish the tour in the fall. Then we will commence working on [what] will end up being the next Guns record.”