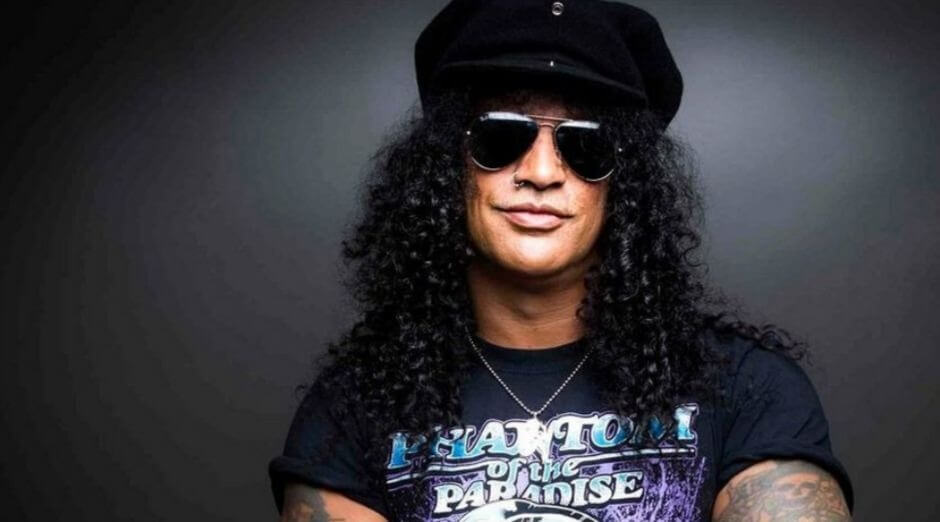 Guns N’ Roses guitarist Slash revealed the 5 guitarists that most inspired him the most in an interview with former Sex Pistols guitarist Steve Jones back in 2018. He talked about his early influences and how they inspired him.

Slash reveals the 5 guitarists that inspired him the most:

“Clapton, Keith Richards, Mick Taylor, I’m gonna put the guys from Aerosmith in as one [laughs], and Jeff Beck, it’s hard to do it in five ya know. I put Keith in their and Mick Taylor for sure. Keith’s a big one. But then there’s Jimmy Page and Jimi Hendrix and I could go on and on ya know…”

“I’m a huge fan o Eddie’s as Eddie, as a person and as player. I loved Van Halen when it first came out, but that style he did, you know. I’ve always thought that was something that was just like something he did and nobody else did it like him. Then everybody became a thing. So i definitely sort didn’t go down that road when i picked up the guitar.”

“But at the same time i defintely was influenced by him indirectly just because he’s such a great fluid feel player and people don’t pick up on that part of him as much as they do all the pyrotechnic stuff he does, but when Van Halen came out as soon as i heard that record, it was like 1978, so i was 13 and i hadn’t picked up the guitar yet.

“But that signaled the end of as we knew it. I will never forget that feeling like all the whole sort of 70’s, 60’s thing that just sort of developed and developed and sort of punk rock and everything that was happening up to that point it all sort of changed, That’s when totally brought on the sort of Hair Metal thing that happened in Los Angeles.”

“I thin everybody says their biggest influence is Eric Clapton [laughs]. He was the guy that you know, all things considered when i first figured that was lead guitar that i wanted to do it was because i was watching a guy doing an Eric Clapton work. He was playing a Cream song, i said ‘that’s what i want to do’.”

“I went and saw him play at the Forum recently, like a couple years ago and he’s is just, you know, every combinations of notes he does is really great. It’s not super exciting right. But he’s very much an adult player. ”