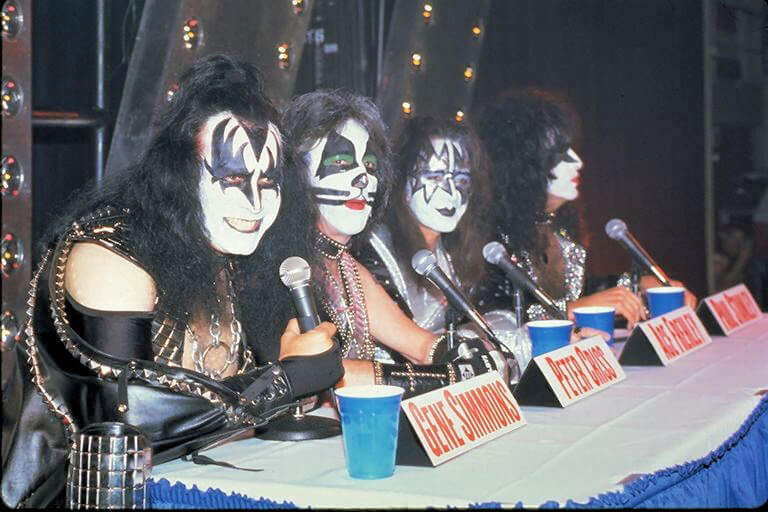 Guitarist Ace Frehley was once again questioned in an interview with Yahoo! Entertainment on the possibility of attending Kiss farewell tour “End Of The Road,” which will begin in 2019. The musician said that he would play “for the right price” and also revealed how much the band collected in the first year of ” Alive / WorldWide Tour “, a meeting that marked the return of Frehley and drummer Peter Criss to the line-up in 1996.

“In the first year of the reunion tour, we raised $ 215 million, and that was two decades ago. Half a million? I’m there,” he said with a laugh.

Despite this, Ace Frehley pointed out that he is not waiting for a new reunion tour. “I’m having a lot of fun with my own band and recording albums at home, producing, composing and singing in them. My career is growing,” he said.

In addition to the money, Spaceman said he would play with Kiss again. “I know that fans want this to happen because of the comments on the internet. Ninety percent of them say, ‘Bring Ace back.'” If Paul (Stanley) and Gene (Simmons) pretend they didn’t hear, I think it will hurt their careers, but these guys always did what they wanted, even when it was not the best idea, “he said.

Paul Stanley said in a recent interview with the “Rolling Stone Music Now” podcast that he doesn’t rule out former members of Kiss on “End Of The Road.” “I can not say it will be a celebration of Kiss and not some individual formation or member, I would not rule out anything, but it’s not the main point of what we’re doing, and I’m not being evasive. , we have not thought about it until now,” he said.

Stanley explained that at the moment, Kiss has focused on other parts of the tour. “Most of the time, it has been designed to decide what the stage will look like, what the show will look like, and we are actually in the middle of the process of playing around with the repertoires,” he said.

After much press provocation, the ties between Ace Frehley and his former bosses have narrowed in recent years. Paul Stanley participated in Frehley’s latest album, “Origins (Vol. 1),” singing on the cover of “Fire And Water” (Free), while Gene Simmons invited him to play in some box set events “The Vault” and collaborated with his upcoming solo album. In addition, Simmons and Frehley toured Australia together, with the guitarist’s band opening shows from the bassist’s solo group.