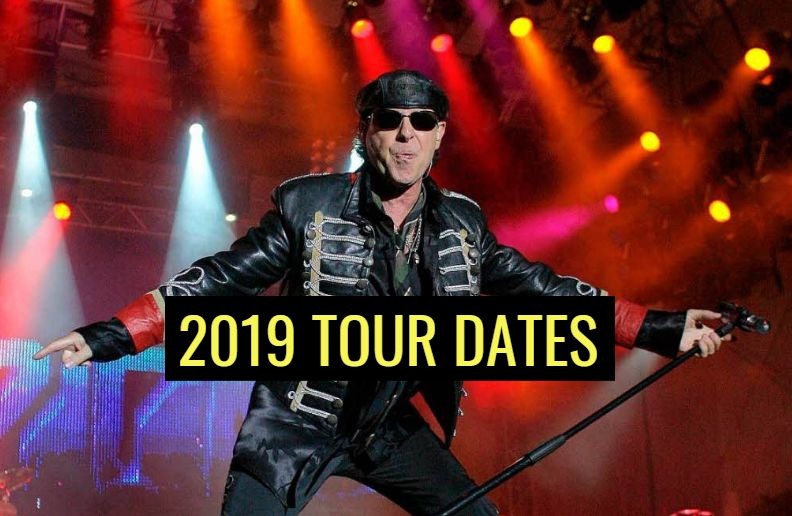 Klaus Meine and company are back on the road in 2019. Scorpions starts their tour on January 26th at Durant, United States and the last date is on October 4th at Rock in Rio in Brazil.

Scorpions are a German rock band formed in 1965 in Hanover by Rudolf Schenker. Since the band’s inception, its musical style has ranged from hard rock to heavy metal. The lineup from 1978–1992 was the most successful incarnation of the group, and included Klaus Meine (vocals), Rudolf Schenker (rhythm guitar), Matthias Jabs (lead guitar), Francis Buchholz (bass guitar), and Herman Rarebell (drums). The band’s only constant member has been Schenker, although Meine has been the lead singer for all of Scorpions’ studio albums, while Jabs has been a consistent member since 1979, and bassist Paweł Mąciwoda and drummer Mikkey Dee have been in the band since 2003 and 2016 respectively.