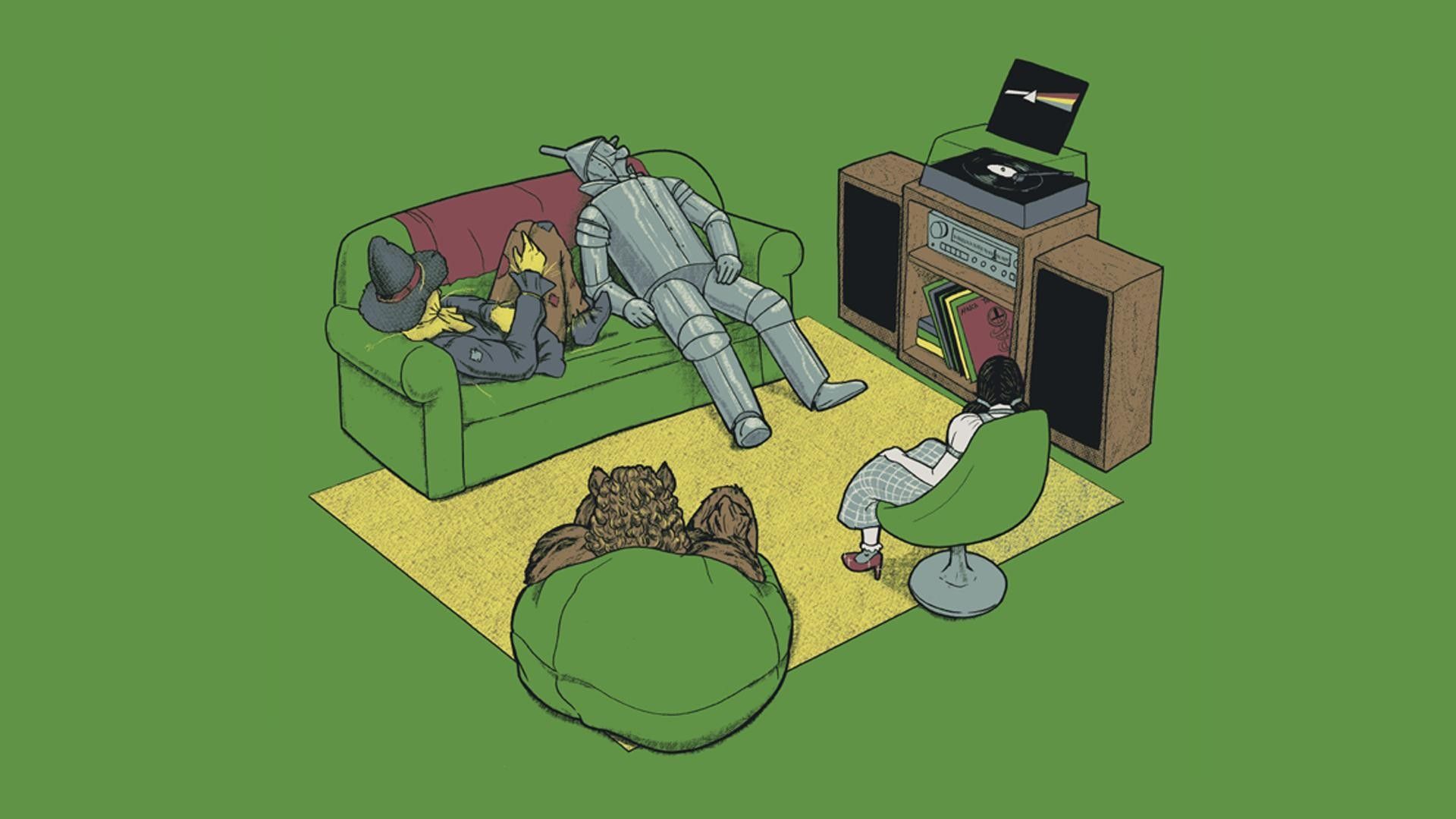 If you’ve been on the internet for a considerable time, you should definitely know the “effect” The Dark Side of the Rainbow – which is the synchrony between the Dark Side Of The Moon (1973), Pink Floyd record with the classic movie The Wizard of Oz (1939).

But if you dont know, let me tell you: in the 90’s, someone (nobody knows who) discovered that The Dark Side of the Moon, 1973’s album, synchronizes almost perfectly with the feature. The cuts, the turns, the entrances and exits of the characters, the tension or the moments of calm combine with the melodies and lyrics of the songs of the iconic disc in a way that no one has really understood. And this is one of the coolest mysteries in the entertainment world – even because Pink Floyd members deny it with all their might. 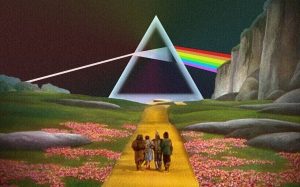 For you to have an idea, while Dorothy sings on a wall, the verse of “Breathe” that says “swinging in the greatest wave” is sung; when the Scarecrow appears, the band sings “the lunatic is in the grass”, excerpt from “Brain Damage”; and one of the coolest is the heartbeat of the song, which plays well at the time when the protagonist puts her ear in the chest of Tin Man.

Well, during all those years, several people put into practice the effect and have released on the internet versions already edited and synchronized of the film with the disc. This year, however, a YouTube user named dumwyteguy decided to fix some sync failures and posted an optimized version of Dark Side of the Rainbow.