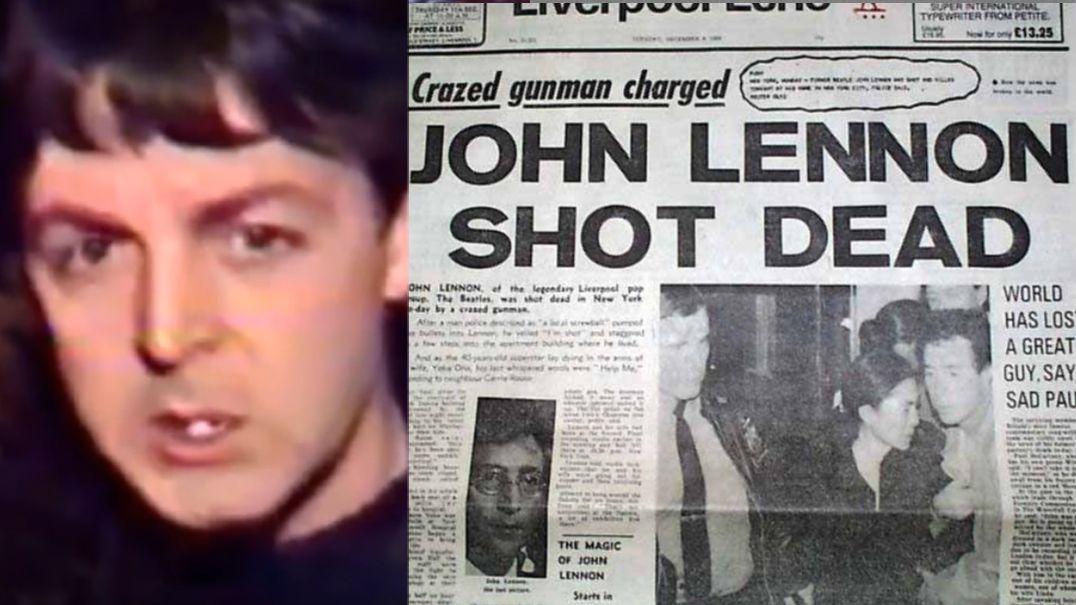 Paul McCartney had cold reaction in the interview to John Lennon’s death in 1980, when questioned about his ex-bandmate’s assassination he said: “It’s a drag, isn’t?”.

After an evening at the Record Plant on 8 December 1980, Lennon and Ono returned to their Manhattan apartment in a limousine at around 10:50 p.m. (EST). They exited the vehicle and walked through the archway of The Dakota, when lone gunman Mark David Chapman shot Lennon four times in the back at close range. Lennon was rushed in a police cruiser to the emergency room of nearby Roosevelt Hospital, where he was pronounced dead on arrival at 11:00 p.m. (EST). Earlier that evening, Lennon had autographed a copy of Double Fantasy for Chapman.

Ono issued a statement the next day, saying “There is no funeral for John”, ending it with the words, “John loved and prayed for the human race. Please do the same for him.” His remains were cremated at Ferncliff Cemetery in Hartsdale, New York. Ono scattered his ashes in New York’s Central Park, where the Strawberry Fields memorial was later created. Chapman avoided going to trial when he ignored his attorney’s advice and pleaded guilty to second-degree murder and was sentenced to 20-years-to-life. In August 2018, he was denied parole for a 10th time.

He was born as John Winston Lennon in Liverpool, where he became involved in the skiffle craze as a teenager. In 1957, he formed his first band, the Quarrymen, which evolved into the Beatles in 1960. Lennon began to record as a solo artist before the band’s break-up in April 1970; two of those songs were “Give Peace a Chance” and “Instant Karma!” Lennon subsequently produced albums that included John Lennon/Plastic Ono Band and Imagine, and songs such as “Working Class Hero”, “Imagine” and “Happy Xmas (War Is Over)”.

After he married Yoko Ono in 1969, he added “Ono” as one of his middle names. Lennon disengaged himself from the music business in 1975 to raise his infant son Sean, but re-emerged with Ono in 1980 with the album Double Fantasy. He was shot and killed in the archway of his Manhattan apartment building three weeks after the album was released.