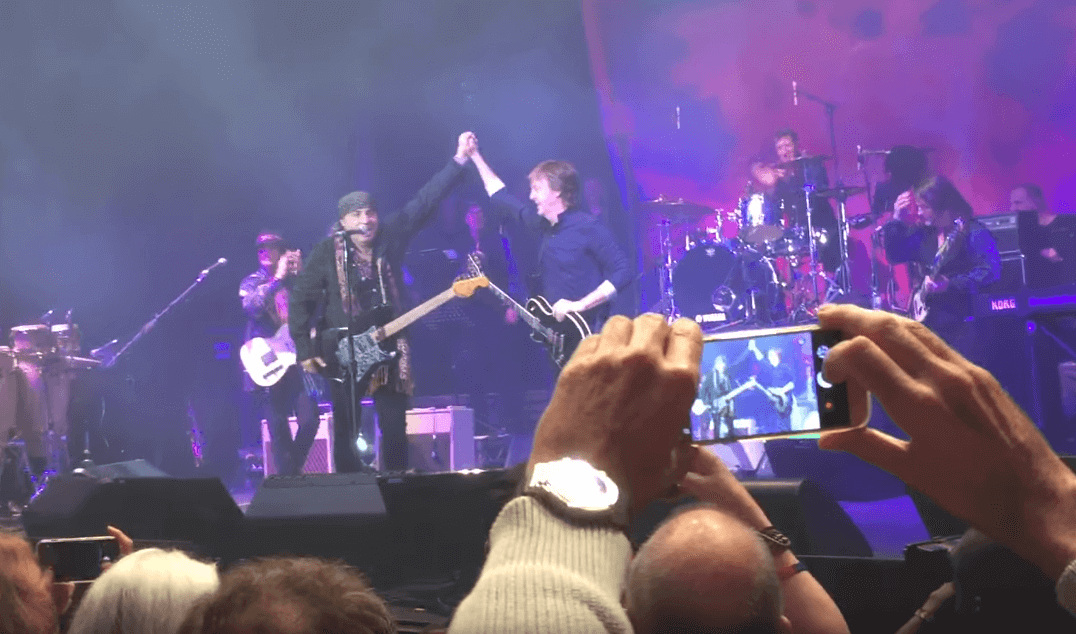 Paul McCartney made a guest appearance with Steven Van Zandt’s band in London last November 4, as the pair aimed to complete what the Bruce Springsteen guitarist called “unfinished business.” They played Beatles’ “I Saw Her Standing There”.

It’s thought Van Zandt was referring to a Springsteen show in 2012, where McCartney’s guest appearance was cut short when Hard Rock Calling festival bosses cut the power to the stage.

“We love you, Stevie – we love your band,” McCartney said of Little Steven and the Disciples of Soul, who are touring to promote latest album Soulfire.

Saxophonist Ed Manion said later via Facebook: “Who says lightning doesn’t strike twice in the same city. Seems everytime I come to London I get to play with the great Paul McCartney. Always a pleasure always a class act! I was 11 years old when I first heard the Beatles and probably the reason like many of my friends that I play the saxophone. So much fun tonight.”