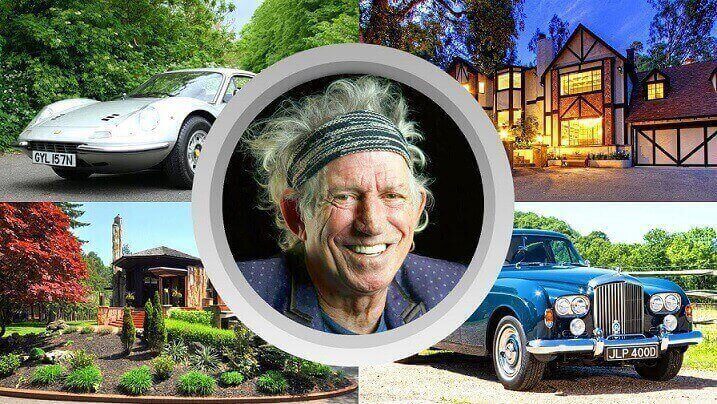 In a video made by the channel Star Latest News Keith Richards life is shown in details. You will find out more about his net worth, lifestyle, family, biography, house and cars.

Keith Richards (born 18 December 1943) is an English musician and songwriter, best known as a guitarist and founder member of the Rolling Stones. Rolling Stone magazine called Richards the creator of “rock’s greatest single body of riffs” on guitar and ranked him fourth on its list of 100 best guitarists in 2011, and the magazine lists fourteen songs that Richards wrote with the Rolling Stones’ lead vocalist Mick Jagger on its “Rolling Stone’s 500 Greatest Songs of All Time” list.

Richards plays both lead and rhythm guitar parts, often in the same song, as the Stones are generally known for their guitar interplay of rhythm and lead (“weaving”) between Richards and the other guitarist in the band – Brian Jones (1962–1969), Mick Taylor (1969–1975), and Ronnie Wood (1975–present).

In the recording studio, Richards sometimes plays all of the guitar parts, notably on the songs “Paint It Black”, “Ruby Tuesday”, “Sympathy for the Devil”, and “Gimme Shelter”. He is also a vocalist, singing backing vocals on many Rolling Stones songs as well as occasional lead vocals, such as on the Rolling Stones’ 1972 single, “Happy”, as well as with his side project, the X-Pensive Winos.