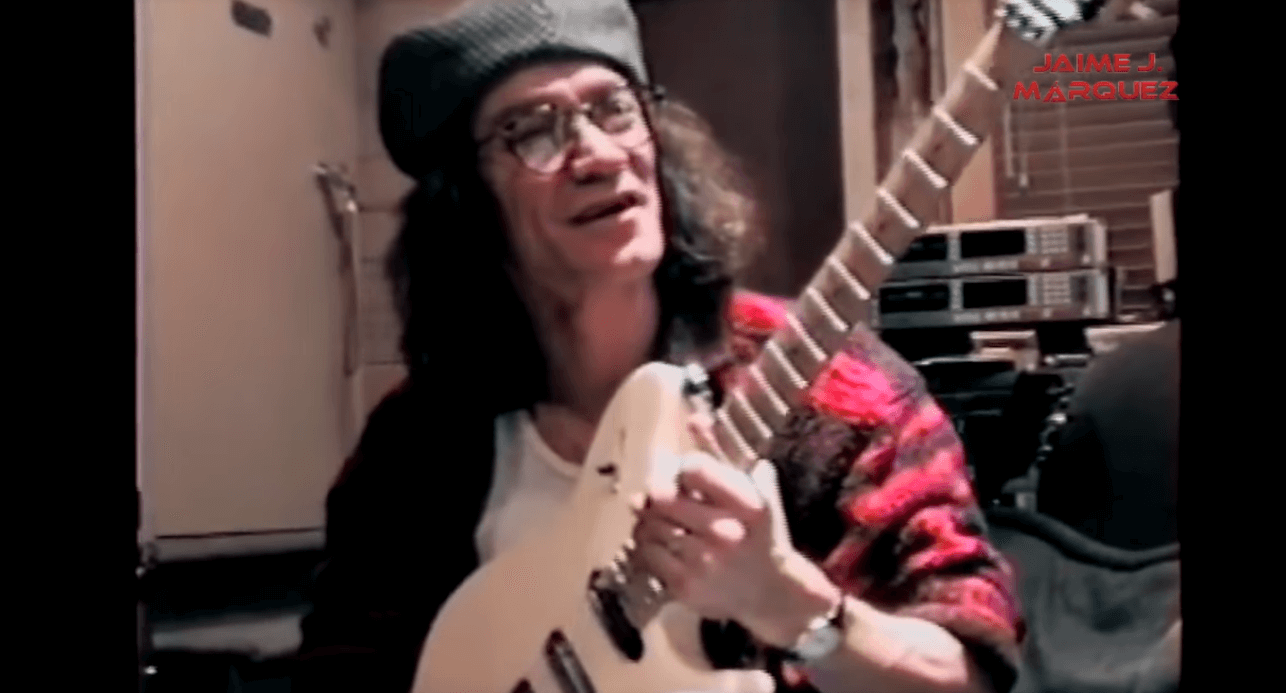 Before smartphones it was really hard to film things, but thanks to some people who had cameras, some great and intersting moments could be registred for us. And here is the moment to watch amazing Eddie Van Halen’s rare backstage footages. On the video below you can watch him playing Jeff Beck, Deep Purple and using a Telecaster.

In the February 1991 issue of Guitar World, journalists Mordechai Kleidermacher and Brad Tolinski asked Blackmore what he thought of Eddie.

“It depends on my mood. He is probably the most influential player in the last 15 years ‘cause everybody’s gone out and bought one of those, what does he play, Charvel, Carvel … Kramer, with the locking nut. Yes, with the locking nut! And everyone’s gone hammer-on crazy! So he’s obviously done something. He’s a great guitar player, but I’m more impressed by his recent songwriting and keyboard work. I think he’s going to be remembered—he could be the next Cole Porter.”