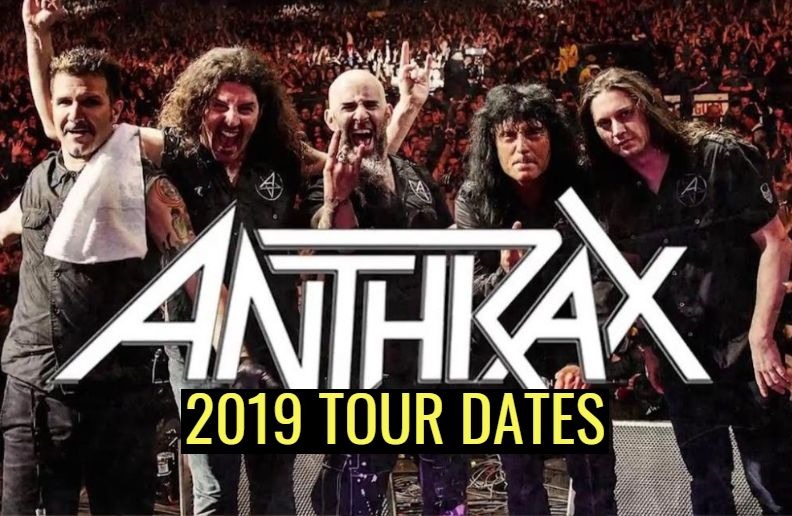 The Thrash Metal band Anthrax is back on tour in 2019 with a few dates until now, the tour starts in Australia and the last date is in Belgium.

As of April 2017, the band has released 11 studio albums, several other albums, and 26 singles, including collaborating on a single with American hip hop group Public Enemy. According to Nielsen SoundScan, Anthrax sold 2.5 million records in the United States from 1991 to 2004, with worldwide sales of 10 million.