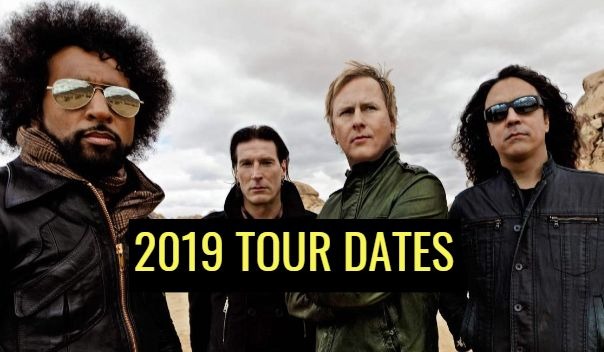 The classic grunge band Alice in Chains is back on tour in 2019. Until now, they only have dates scheduled in Europe on May and June.

Alice in Chains is an American rock band from Seattle, Washington, formed in 1987 by guitarist and vocalist Jerry Cantrell and drummer Sean Kinney, who later recruited bassist Mike Starr and lead vocalist Layne Staley. Starr was replaced by Mike Inez in 1993. William DuVall joined the band in 2006 as co-lead vocalist and rhythm guitarist, replacing Staley, who died in 2002. The band took its name from Staley’s previous group, the glam metal band Alice N’ Chains.

Cantrell started to sing lead vocals on the 1992 acoustic EP Sap, and his role continued to grow in the following albums, making Alice in Chains a two-vocal band.