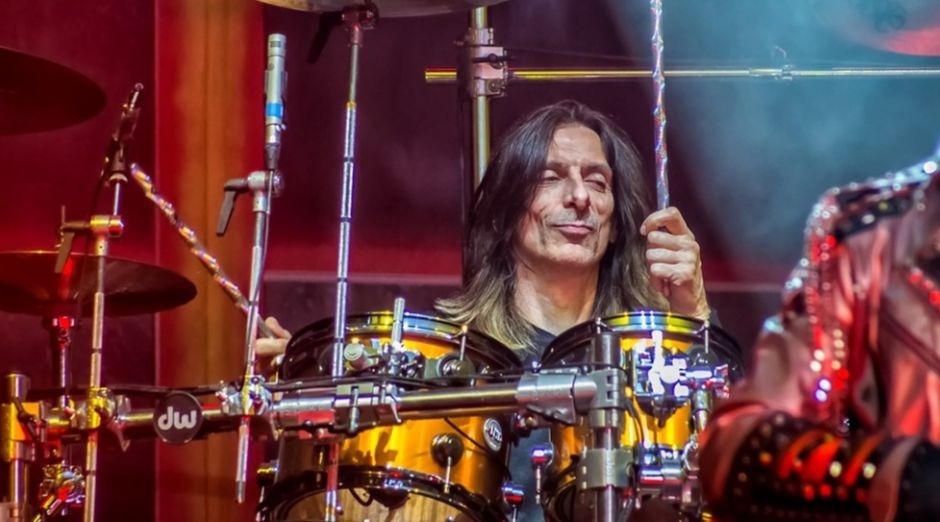 The 1990 album Painkiller is a milestone recording in Judas Priest career. Being one of the most mature and heavy works of the band that had a new drummer, Scott Travis, that is on the line-up until nowadays. The song the gives the title to the album is a true classic of the band and now you can hear it’s amazing isolated drums.

The song was written by Rob Halford, KK Downing and Glenn Tipton. Taking as inspiration the suicide attempt that vocalist Halford had in mid-1985. His lyrics speak of the fictional character Painkiller, who, in Halford’s own words: “is a character who personifies metal: evil, energy and destruction “.

It is one of the band’s heaviest songs, characterized by the drum solo created by Scott Travis in the introduction. Also by Rob Halford’s high-pitched and aggressive voice used throughout practically the entire song. In addition to the speed, technique and duration of the guitar solos. Putting it as one of the iconic speed metal and metal songs of the 1990s. Allied to the video clip produced that yielded many TV shows. It became a classic of the band and also of the genre.

The design and the original concept of the cover of the album was created by the members of the band themselves who had to call the artist Mark Wilkinson, creator of the cover of Ram It Down to realize it.