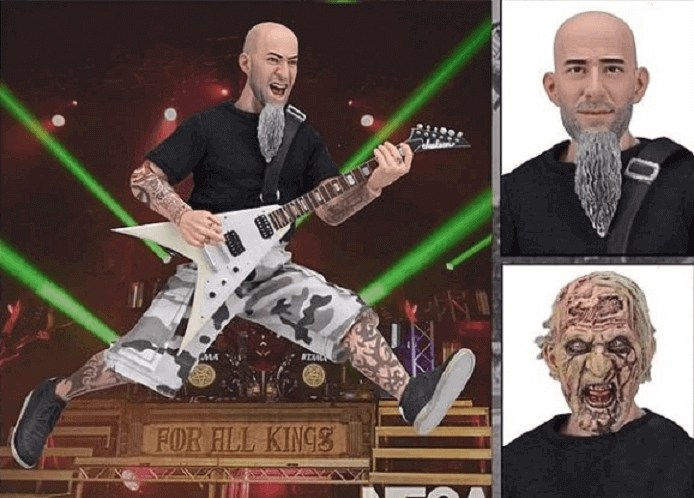 Scott Ian, guitarist for Anthrax, won an action figure. The National Entertainment Collectibles Association will launch in the second half the action figure of the guitarist, with 3 head options and a guitar thumbnail.

“Paying close attention to detail, recreating my tattoos and overall appearance, the #necatoys wizards got it right,” Ian wrote on his official Instagram page. “This incredible doll comes with a tiny, extremely accurate version of my signature King V guitar.”

The action figure comes with 3 heads, one with serious expression, one with crying expression and one like the zombie of The Walking Dead. “I’ve always been like this. It would be the coolest thing if I could be a zombie, “Ian said in 2014 about his appearance on the show. 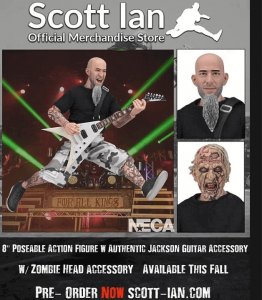