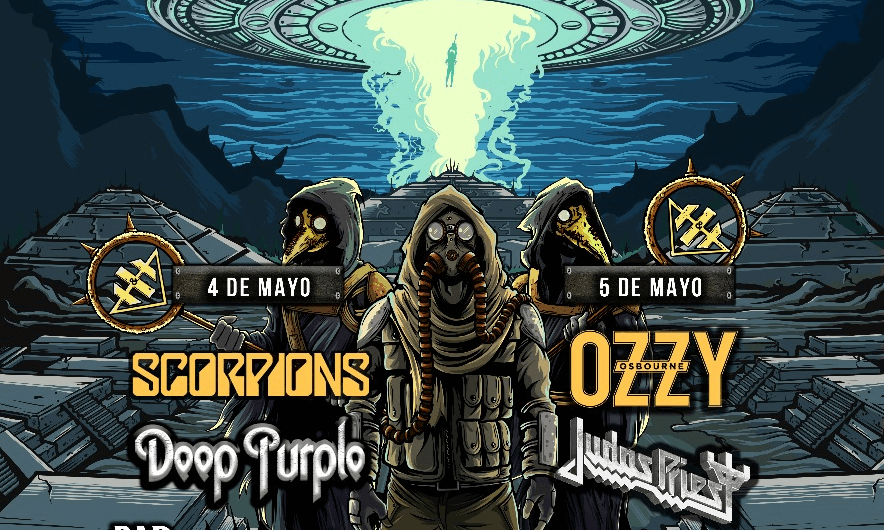 Hell & Heaven Metal Fest is an open air heavy metal music festival that takes place annually near Mexico City in Texcoco, located in the State of Mexico, in the central part of the country. 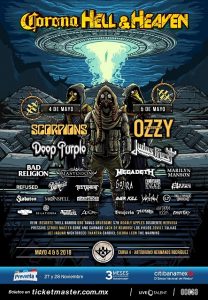 With over 30,000 festival visitors the festival is mostly attended by a Mexican audience from all around the country, but attracts a large number of visitors from Central and South America, as well as fans from Europe and other parts of the world.

The festival was first held in 2010 as an attempt to create a large scale Metal event for the Latin American community, known for its loyal following to Metal resembling that of European Metal fans.

By 2013 word of the event had expanded beyond the region’s limits, and has come to include over 60 bands from Europe, Latin America, North America and Australasia. H&H has been held in March and lasts two days, during which the festival-goers camp on large camping grounds surrounding the actual festival area, full amenities, security, first aid, and handicapped access are provided, as well as a VIP lounge tent.

Within the limits of the festival, a fair is set up to provide fans with amusement and entertainment rides between performances or to take a break from the ongoing mosh pit. Other visitor activities include: Skatepark, Wrestling matches, cock fights, open restaurants, among others.