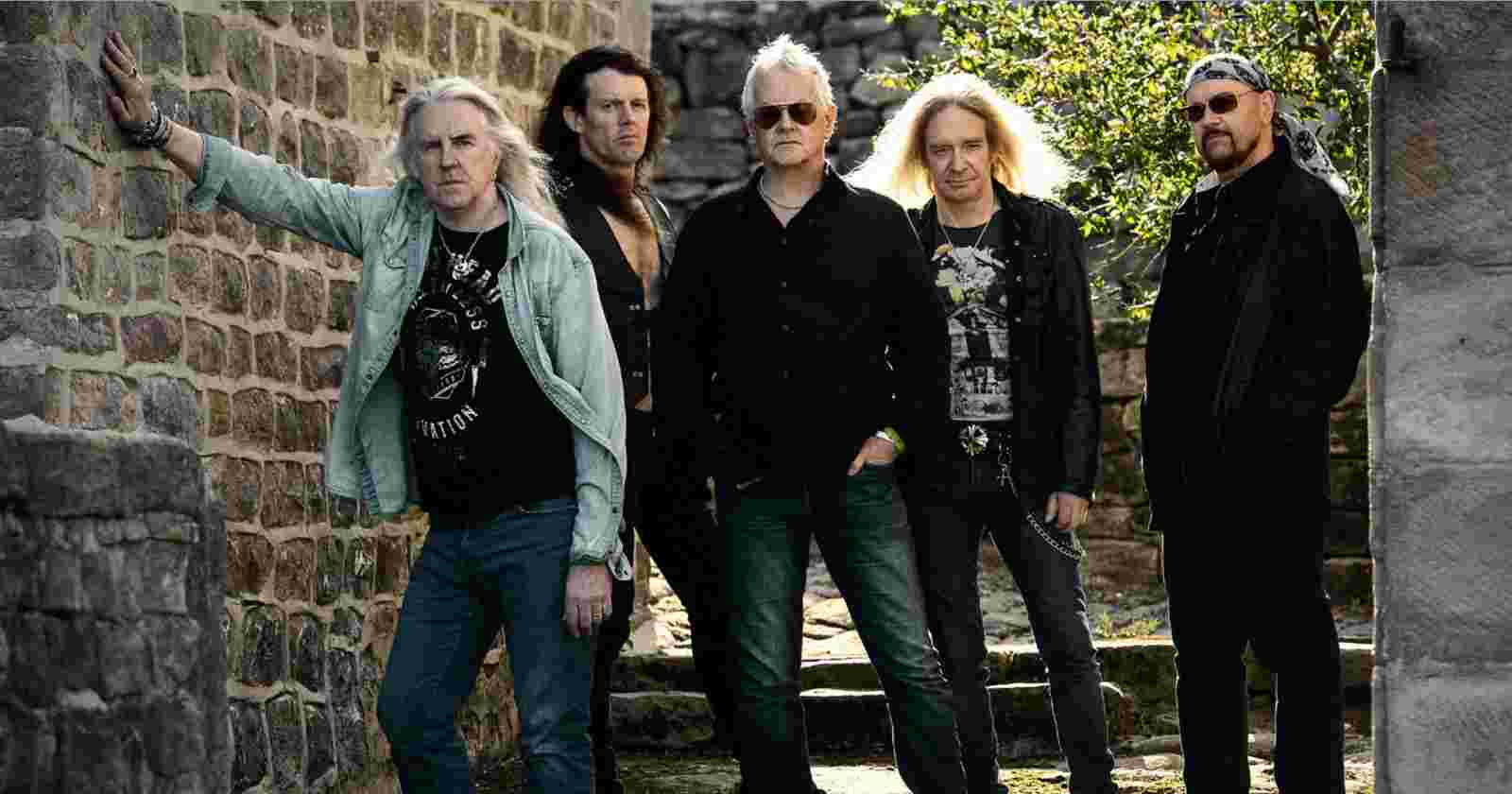 Biff Byford talked about the cover saying: “Without ‘Speed King’, there would be no ‘Motorcycle Man. I love the attitude, energy and driving speed of this song, not to mention those screaming vocals. I’d never sung it before, and I had great fun with it.”

“Inspirations” was recorded at Brockfield Hall, near York in the U.K., which was built in 1804 and holds the largest collection of paintings by Yorkshire’s impressionist artists — the Staithes Group.

During the 1980s, Saxon established themselves among Europe’s most successful metal acts. The band tour regularly and have sold more than 13 million albums worldwide. They have also been cited as a major influence or inspiration by notable bands, including Mötley Crüe, Metallica, Megadeth, Slayer, Anthrax, Pantera, Testament, Dokken, Skid Row, Dream Theater, Exodus, Overkill, King Diamond and Celtic Frost.